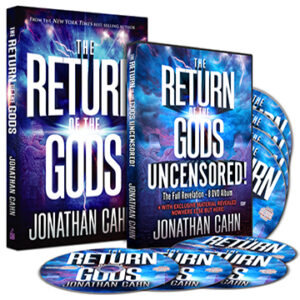 Have the ancient gods returned?

Is it possible that fallen beings from ancient times are the unseen catalysts of modern culture? In his explosive new book, The Return of the Gods, Rabbi Jonathan Cahn. pulls away the veil and reveals shocking and astounding secrets that expose what is taking place in our world to this day—specifically in America. Plus, The Return of the Gods Uncensored, Jonathan’s 8-DVD set, delivers more exclusive and powerful content that you can’t get anywhere else, including insights not in his book.
Donation of $59 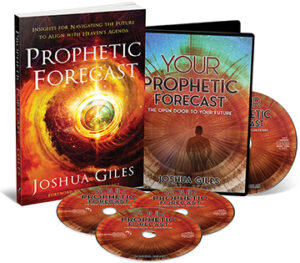 Would you like a supernatural advantage to navigate unfolding global events with “Inside information”? God has shown proven prophet Joshua Giles glimpses of what is coming over the next decade, including the areas of technology, currency, media, Israel and more! His new book, Prophetic Forecast, will align you with unfolding events without fear even in a season of change. In Joshua’s exclusive 4-CD audio teaching series, Your Prophetic Forecast, he shares previously unreleased prophetic words covering the next 10 years.
Donation of $35 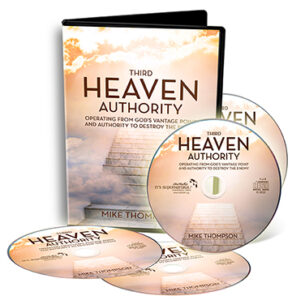 What does it really mean to be a new creation seated with Jesus in Heaven’s throne room? Mike Thompson says it means possessing your full inheritance as sons and daughters of the Most High God. In his 4-CD audio series, Third Heaven Authority, Mike teaches you the three levels of a believer’s authority so you can begin to walk in your Third Heaven inheritance! Understanding how your voice and Third Heaven authority works will put you in the driver’s seat–seated with Jesus where you belong!
Donation of $29 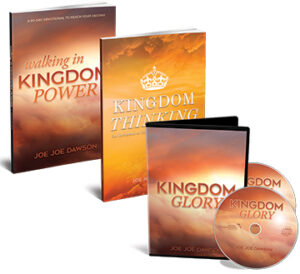 God has no limits!

In his book, Kingdom Thinking, Joe Joe Dawson challenges you to confront the negative thought patterns that keep you from living your life to the fullest in God. Joe Joe’s 60-day devotional, Walking in Kingdom Power, will teach you how to live and operate in the Kingdom. In his exclusive new 2-CD audio series, Kingdom Glory, he shows how God’s Glory meets every need and how to enter the secret place of intimacy with God. Good things happen in the Presence of God!
Donation of $35 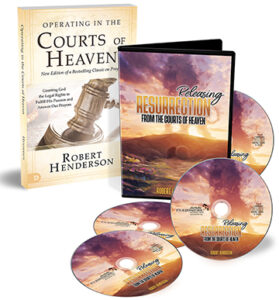 Operating in the Courts of Heaven!

Robert Henderson’s newly expanded book, Operating in the Courts of Heaven, builds on his ground-breaking teaching that includes how to know God as Father, Friend and Judge, shift from “battlefield” to “courtroom” prayer, and apply the verdict of Jesus’ finished work on the cross. In his new 4-CD audio series, Releasing Resurrection from the Courts of Heaven, Robert goes on to show you how to pursue miracle reversals in seemingly impossible situations you face.
Donation of $39 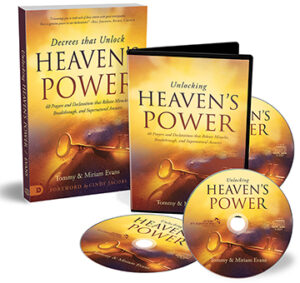 Tommy and Miriam Evans want to start a conversation between you and Jesus that will release the life and power of God’s spoken Word into every area of your needs. In their book and 3-CD audio series, Decrees That Unlock Heaven’s Power, Tommy and Miriam make it simple. It’s just you and Jesus keeping up a 40-day encounter…that will release Heaven into your life and the world around you.
Donation of $35 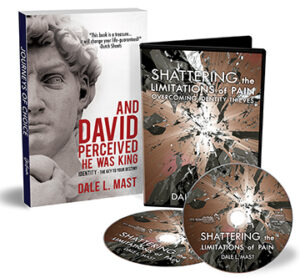 David’s journey is a pattern for us!

Dale Mast says as God was establishing David’s identity, the enemy was trying to steal it. Taking down Goliath required faith, but taking the throne required identity. The difference, Dale says, is faith believes what God can do. Identity believes what God can do through you. Dale’s book, And David Perceived He Was King, and 2-CD audio series, Shattering the Limitations of Pain: Overcoming Identity Thieves, is your action plan to break through satan’s four roadblocks to standing in your true identity and destiny.
Donation of $35 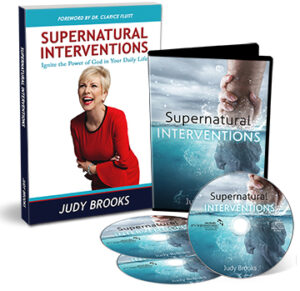 Keys to seeing God intervene in YOUR life!

In her book and 3-CD series, Supernatural Interventions, Judy Brooks gives powerful accounts of God moving in an ordinary life. Her heart is to show you that you too can triumph over challenges of all shapes and sizes, experience miracles in your own life and family, and be God’s instrument for miracles in the lives of others. She also includes the CD, Healing Rivers (Sid Roth, Janie DuVall), which helped her receive a major miracle.
Donation of $39 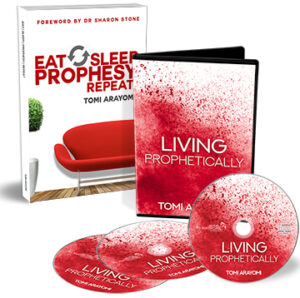 Eat, Sleep, Prophesy, Repeat is a guide for believers who want to grow in hearing the voice of God. Established voice and author Tomi Arayomi shares personal revelations and stories of his journey—and how he was schooled in just what the Lord was saying to him. God wants good communication with every believer, and in Tomi’s 3-CD audio series, Living Prophetically, he shares how prophets pray, how to discern God’s voice and more.
Donation of $35 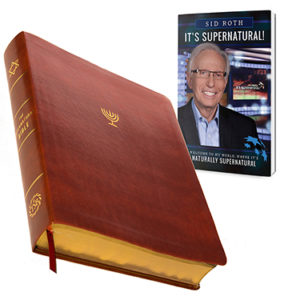 The Bible just got more supernatural!

For the first time in 30 years, the King James Version has been updated for the 21st Century. This outstanding and faithful Modern English Version (MEV) is the basis of the Large Print Edition of The Supernatural Bible. The first sections contain 78 pages of resources. The Bible includes original Hebrew words and names such as Yeshua (Jesus), Miriam (Mary) and shofar (trumpet). Chain-referenced commentaries by Dr. Sandra Kennedy, Dr. Michael Brown, Dr. Keith Ellis and Sid Roth appear throughout the Bible. Includes Sid’s book, It’s Supernatural!
Donation of $69