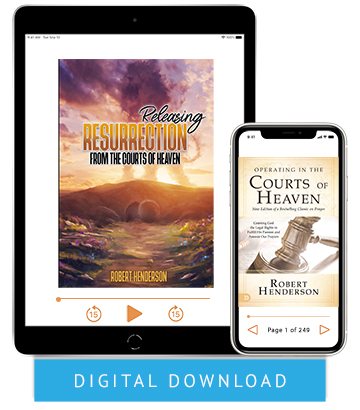 In his new 4-part audio series, Releasing Resurrection from the Courts of Heaven, Robert goes on to show you how to pursue miracle reversals in seemingly impossible situations you face. Robert’s latest teaching series helps you:

Releasing Resurrection from the Courts of Heaven Package