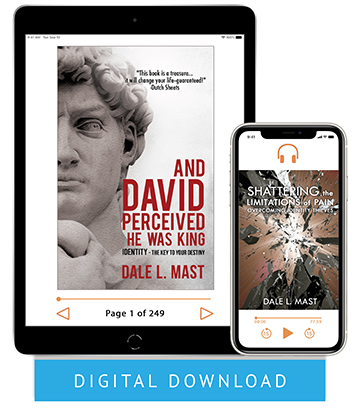 Dale’s 2-part audio series, Shattering the Limitations of Pain: Overcoming Identity Thieves, is your action plan to break through satan’s 4 roadblocks to standing in your true identity and destiny. Take the first steps now.

And David Perceived He Was King Package