Harbinger II Uncensored will blow you away… 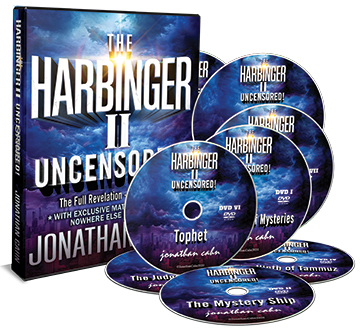 Jonathan Cahn’s The Harbinger caused a worldwide stir when it was released in 2012. The Harbinger II: Uncensored goes even further and reveals what could not be told until now.

Through his new 8-DVD series, The Harbinger II: Uncensored, Jonathan Cahn reveals exclusive new material. You will not only hear about revelations and signs—you’ll see them! They demand a response. Jonathan says that is the best news of all.