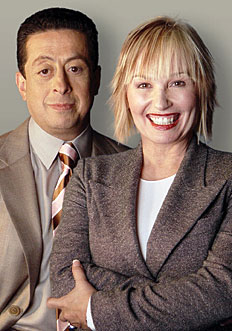 Robin Harfouche was on a supernatural rise toward Hollywood’s “A” list as both an actress and a dancer. Her manager, who also represented Shirley MacLaine, was a New Age leader. When Robin began to pull back from New Age control, she had a demonic accident-a 150-pound door fell on her. Wheelchair bound and without hope, pain was her constant companion.

Long story short, Robin went to a church, got saved, and instantly healed. She and Christian, the preacher at that meeting, got married and now co-pastor Miracle Faith Center a 1,200-member church in Pensacola, Florida.

One year after her healing, Robin received a false prophecy that brought tragic results. Within three days she had lost her healing. The following is an excerpt from Robin’s book, Healing of the Female Spirit.

I was totally crippled again. They placed me in intensive care and hooked me up to a twenty-four hour morphine drip. Demerol shots were administered every three and a half hours, Percodan every four hours, and there were pills on top of that to stop the seizures. I was strapped to a bed all over again. The doctors didn’t understand. Twenty-three doctors couldn’t explain how I got healed in the first place, and they certainly couldn’t explain why I was crippled again.

While my husband sat there in the hospital room, an intercessor called. He told Christian, “The Lord spoke to me and told me that the key to Robin’s healing is in the open vision that she had several months ago.” My husband turned to me and said, “You’re going to tell me the vision.”

As I spoke, the glory cloud came into the room. For forty-five minutes the door to my unit didn’t open. Prior to that, nurses had been checking on me every five minutes. There must have been an angel with a flaming sword at the door! No one came in!

The room filled with the presence of God. As I retold the vision, everything disappeared. The hospital room, the blinking monitors, the tubes-everything vanished.

I found myself once again at the bottom of the lighted road. It was lit up before me. I looked up and saw the brilliant city that was in the sky. Jesus Christ was standing in front of the city, and there was an angel on His right and an angel on His left.

The angelic beings had to be nine feet tall! They wore gold armor and white garments beneath. Jesus was in a white garment, and His face looked like the sun. He was the color of bronze. When I looked at Him, I was immediately drawn to the holes in His feet.

While I gazed at His feet, He motioned to me to come, and I was instantly at the top of the lighted road. Just like that, I was there! I didn’t walk there. I don’t know how I got there, but instantly I was right in front of Him.

He wrapped His arms around me and just rocked me. As He held me in His arms, I felt the balm of Gilead come upon my head and run down to my feet. As His love covered me, all the pain left my body through the bottom of my feet. He continued to hold me in His arms and rock me. 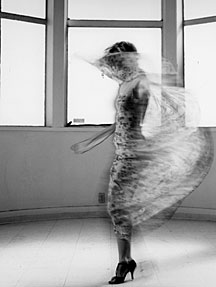 Jesus said to me, “There’s a creative miracle wave that’s going to hit the earth before I come back.” He showed me this pool filled with body parts: hearts, lungs, legs, spines-everything. It wasn’t gross or weird. It was just a pool full of every body part imaginable. It was a pool full of creative miracles. While I stared at the pool, He said, “Satan has been able to counterfeit everything that I’m doing, but he can’t create. He’s not the Creator. I’m the Creator. Before I come back, I’m going to release a miraculous move of God where people all over the earth will see the power of My hand. All over the earth they will be given the opportunity to know that I am God before I come back.”

Then I said, “Well, what is the spirit of pain?” He said, “That is the door opener for every other disease.”

I still didn’t understand what the Lord meant so He elaborated. He said, “When people get pain, they don’t know what it is. It’s considered a warning signal for every type of disease. When you have pain and don’t know what it is, you go to the doctors. They give you a list of what it could be. Then they start testing you. They want to find out what your father or mother died of or what runs in your family. They go down the list to see if there was blood disease, diabetes, heart symptoms, spinal meningitis, arthritis, or bursitis. Then they begin to put you through a series of tests to find out exactly what you might have. It’s called a prognosis.”

Then He continued, “When people have pain, they go to the doctor and have a series of tests. Then the other spirit comes to enforce what they believe they have. Pain opens the door. Anytime you rebuke the spirit of pain, he will have to leave.”

When you’re in heaven, you don’t want to come back. I wasn’t given a choice! The Lord looked into my eyes and said, “I am commissioning you today to go back to earth.” This was 1986. He said, “I want you to be My eyes and My hands.”

Instantly I woke up in the hospital room. I ripped the IV’s out of my arm, got up out
of that bed and told the doctors goodbye. You should have seen their faces!

Over thirty-five years ago, as a new Jewish believer, I experienced a move of God’s Spirit on Jewish people.

Along with several friends, I started one of the first Messianic Jewish synagogues in America. Every week at our meetings, Jewish people came to the Lord! 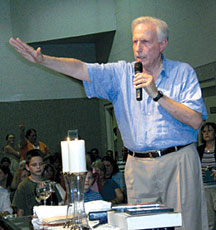 But then the revival stopped. And for the past thirty-plus years few Jewish people, percentage-wise, have come to the Lord. The only major exceptions are the Jewish people from the former Soviet Union. That is why my emphasis has been on reaching the Russian Jews. Tens of thousands of them have come to the Lord through our evangelistic meetings and our Russian book of Jewish testimonies entitled, They Thought for Themselves.

I am blessed that nearly every member of my immediate Jewish family came to the Lord. But when God’s Spirit of Jewish revival lifted, my large extended family was not saved. Almost every day I called out to God for them to be saved, but they did not express even a slight interest.

There has been a shift in the Spirit. I’m beginning to hear and see the rain of Jewish revival in America one more time.

Several months ago, a Jewish cousin called and said she was saved. Then, a few weeks ago, another Jewish cousin called from New York and said he was channel surfing when he found my program on WWOR-TV. He loved it and was calling to congratulate me. He said that hundreds of thousands of people [many of them Jewish] were watching. WWOR is secular and covers almost every home in New York City. Then he said that he would start reading the Bible I had sent him over a year ago.

God has positioned me to capture a great Jewish harvest. Jewish people will not watch a show in large numbers if they think that program is trying to convert Jews-even if Jewish symbols are prominently displayed.

But they will watch my television show because they have a hunger for the supernatural. At the end of most telecasts I do not tell them how to be “saved” in religious language, but rather how to have intimacy with the God of miracles.

Last month a blind boy got his sight restored while listening to my show! Every day reports are coming in of miracles taking place in people’s homes and lives being changed.

I am not ashamed to ask you to help me purchase television time and advertisements in newspapers to direct Jewish people to our television show,
“It’s Supernatural!”

If not now, when?

“Do you not say, ‘There are still four months and then comes the harvest’? Behold, I say to you, lift up your eyes
and look at the fields, for they are already white for harvest!” (John 4:35).

P.S. “May you be inscribed in the Book of Life.” This is the traditional greeting on Rosh Hashanah. Not only may your name be written for eternal life, but also all the Jewish people we are partnering to win for Yeshua this year. 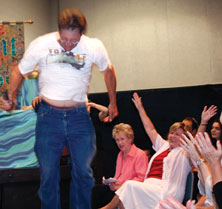 ï»¿Sid spoke for a Shabbat service in Jacksonville, Florida. Fifty people made professions of faith and many were healed. This man (at left) came in limping from a broken toe. He was instantly healed and jumped for joy!