The Power of Blessing 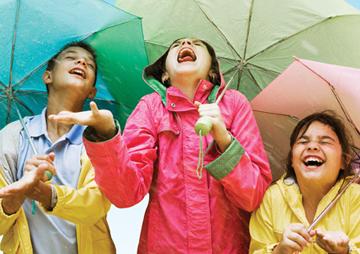 As the founding pastor of a church, for almost 25 years it has been my joy to observe the positive effects of the Holy Spirit working in the lives of my congregation. And through the years, the unfolding revelation of the power of the blessing has had the most lasting influence of anything I have ever taught. Each week when I thought my teaching on the subject would conclude, more evidence of changed lives would surface. This would prompt me to continue to dive deeper into this subject that is often overlooked and misunderstood.

When most of us hear the term “blessing,” immediately we think of material things such as houses, cars, money or even health. In some ways these are a by-product of blessing. In the truest sense, blessing is more about what we do than what we have.

My earliest encounter with the blessing happened to me on Interstate 30 in Dallas, Texas. I was in thick traffic when all of a sudden a young man in a black pickup truck decided to cut in front of me. What was more surprising was when I blurted out, “Idiot!”

My wife immediately said, “Pardon?” because “idiot” is not a word I would normally use in that context. I justified my outburst by saying, “Well, he is!”

Seconds after my lame defense, I felt the Holy Spirit say to my spirit “Why did you call Me an idiot?” I knew it wasn’t my own mind because I would not talk to myself like that. In my spirit, I said, “I did not call You an idiot.”

I have learned that when the Holy Spirit asks a question, He already knows the answer, and the answer will come in the form of the Word of God. He said to me out of James 3:9 that “with the tongue we praise our Lord and Father, and with it we curse human beings, who have been made in God’s likeness” (NIV). So He said, “When you cursed that young man, you did it to Me.”

I quickly repented with godly fear. Then the Holy Spirit said, “Now bless him the way you want to be blessed.”

I must confess I started out in rather wimpy fashion by simply saying, “I bless you.” The Holy Spirit again prompted me to speak over the young driver as if I were prophesying over him. I have to say, I experienced the empowering of the Lord as I entered into a new understanding about blessing. I felt like the endorphins of my brain were releasing tons of joy through my body. I then realized that what I was feeling was the pleasure of the Lord. It was if I could hear my Heavenly Father say, “Yep! That’s my boy — a chip off the rock!” It made me want more of His pleasure, so it caused me to want to bless more.

The verse that has taken us into a new discovery of this pleasure of the Lord is in 1 Peter 3:9, which says, “Do not repay evil with evil or insult with insult. On the contrary, repay evil with blessing, because to this you were called so that you may inherit a blessing” (NIV). The context of this verse is about relationships, such as husbands and wives.

The word “blessing” comes from the Hebrew Word “barak.” In the New Testament it is the word “eulogeo,” from which we get the English word “eulogy.” Eulogy means to speak well and large of. People give eulogies at funerals when they are speaking well of the deceased.

Why not speak blessing from God’s view since it is His creation we are speaking of? Instead of reporting how bad the person is or the conditions surrounding us, try speaking over them the way you know God intended for them to be. It actually is prophetic because God wants to talk to us about our hope and future. The devil is the one who likes to rehearse our past. Blessing is declaring what God intends to happen. Cursing is placing someone or something in a lower position than what God intended it to be.

Instead of returning an insult, which is certainly the human nature thing to do, try extinguishing the curse by blessing. Proverbs 26:2 tells us that a curse without a cause cannot light on us. The biggest cause of someone feeling cursed is that they probably have sown the cursing.
1 Peter 3:9 tells us that we were called for the purpose of blessing, and in practicing a lifestyle of blessing, we then inherit a blessing.

Here’s a wonderful example of the power of blessing. When I was speaking in Houston, Texas, a man told me that his wife was at the attorney’s office right then, filing for divorce. He was angry and spoke about her in a very negative way. I said, “You are cursing your wife. With your words, you are putting her lower than what God intended. The Bible says to call those things that are not as though they are. It’s not about being in denial, it’s about seeing things through God’s perspective.”

He didn’t understand what I meant so I gave him my CD teaching on the blessing to listen to on his own.

A couple of weeks later I was back in Houston and saw this same man. He motioned for a woman to come over and join him. My first thought was, “Wow, you’re working real fast here — you’ve already found another woman.” To my surprise, he said, “I want you to meet my wife. We’ve been married 30 years and this is the wonderful woman I was talking to you about.” Then they told me what happened.

After I had given the husband my teaching CD, he went home and listened to it right away. He quickly grasped the concept of the blessing. By the time his wife came home, he was ready and waiting for her. He told her, “You are a gift from God. And I bless your life and your mind. God has brought us together in covenant. May you be a covenant partner with me that you would find yourself delighted in me.” And he started releasing these prophetic blessings over her life.

His wife told me that it was as if the words were tangible, and they touched her heart. “I could see the words coming at me in slow motion, almost like it was a Hollywood production.” She said it was as if liquid love was coursing through her body. It caused her to see her husband through different eyes for the first time.

He added, “You know, it’s like we’ve been on a honeymoon for the last couple of weeks.” How quickly God can turn a situation around when blessing is involved!

Before the fall of mankind in the Garden of Eden, Adam and Eve saw everything through the eyes of God. They were naked, but actually they were covered with God’s Glory. When Adam would look at his wife he saw her as glorious. After their failure to obey, the Glory departed and the first thing they did was blame someone else. Adam said, “The woman you gave me, it was her fault.” And the woman blamed it on the devil.

The devil tries to cause doubt and unbelief so we will agree with his cursing. The Bible describes the devil as the accuser of the believer. We could say it like this: the devil is the curser of all of those who are in covenant with Jesus the blesser. If we enter into cursing, then we simply have aligned ourselves with the curser. We will either inherit the curse or we will inherit the blessing, the choice is a matter of the tongue. Proverbs 18:21 says that “death [cursing] and life [blessing] are in the power of the tongue, and those who love it will eat its fruit.”

Developing a life of blessing requires practice. It takes a renewed mind not to react to cursing, but to act in blessing. Remember, you can reverse a curse by advancing a blessing!

Kerry Kirkwood, along with his wife Diane, are the founding pastors of the Trinity Fellowship Church in Tyler, Texas. Pastor Kerry carries a strong prophetic anointing and speaks into the lives of individuals, churches, and regions.

I just interviewed Hank Kunneman. He prophesied on the air of a major revival happening in Israel. He said it would start with the young people.

I have seen and proclaimed this same moment of God’s mercy on Jewish people worldwide starting in Israel.

Then God opened the doors for our television show to be on Middle East Television (METV) five days a week. This prime-time slot comes right after the news, and through cable and satellite reaches virtually every TV household in Israel. In addition, it covers 19 Arab countries around Israel from Iran to Egypt and from Turkey to Saudi Arabia with a total potential audience of 200 million! The show is subtitled in Arabic.

I also met with an Israeli Jewish believer who has extensive advertising experience. I commissioned him to design an evangelistic website that would appeal to unsaved Israeli youth.

Then right behind that I asked him to design a web page that would appeal to the Orthodox Jews and next one for the New Agers.

It will be a cutting-edge design that will really appeal to young people. The first website will be in English and next Hebrew and after that Russian. 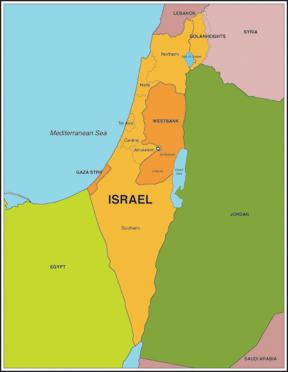 It gets even better. A friend of mine who broadcasts our Russian television show in the former Soviet Union said our program is getting amazing results. He said the supernatural draws unsaved people and many of them are Jewish. He is swamped with letters in Russian from our viewers asking for prayer. Now he is starting a Russian language television network in Israel and asked if I want to buy time.

The Russian Jews in Israel have been the most open to the Gospel. I expect much fruit from this new network.

We must position ourselves to capture this great Jewish harvest beginning in Israel. This is the moment God is removing the spiritual scales from the eyes of Jewish people.

I feel the favor of God on our ministry. I feel so blessed to be participating in this amazing moment in history.

I pray that each of you who partner with It’s Supernatural! will experience the pleasure of God in every area of your life!