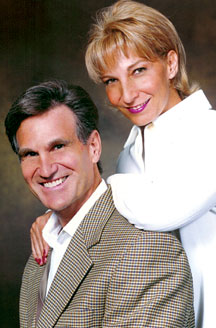 (The following is an excerpt from Ana Mendez Ferrell’s book, Eat My Flesh, Drink My Blood.)

Once I was worshiping in the church of which I used to be the pastor  in Mexico City, when a kind of cloud of the Holy Spirit surrounded me. Suddenly I was taken to another dimension and I was no longer in the earthly realm. I was surrounded by light everywhere. The light was alive, and it moved as if doing a dance in which the reflections and flashes made all sorts of light effects before my eyes.

Unexpectedly, from within the glimmering lights, a glorious figure appeared that looked like the Son of God. I was before Jesus. Without a word, He extended His hand and an enormous drop of blood the size of a melon appeared floating above my head. Then He said, “Drink!” I opened my mouth and drank it in one big gulp. Then a second and a third drop of the same size showed up, and He commanded me to drink them. Upon drinking the last one, I fell onto my back, and I noticed that my body had turned red. It was full of blood.

The Lord remained before me, surrounded by those shining lights. Then, He made a signal with His hand, and a demonic creature appeared that immediately tried to climb on top of me. When the demon touched my body, from the blood within me, a consuming fire went forth and instantly destroyed it. I was dumfounded.

Jesus’ blood destroys tumor
Then, the Lord made me get up. I was still full of that blood everywhere, inside and out. Next, He made some type of tissue appear before me that looked like a tumor. He said, “This is a mortal illness. I want to show you the power of My blood upon it. Don’t be afraid. Open your mouth and eat it.” When I had done it, the tumor was burned up instantly as it came into contact with the blood. I was amazed. Then He said, “Eat My flesh and drink My blood because I will give you great victories against evil and against sickness.”

Then I looked and saw that from His body shone a fire that did not burn Him. It was like looking at pure energy, churning within His being. He stopped in front of me. I had my hands raised. He put His hands over my hands and then His face in front of mine. His heart was pressed against mine. Then He said, “The time is coming when I will come upon My people, hands upon hands, eyes upon eyes, mouth upon mouth, heart upon heart.” In that instant, a powerful energy went forth from His body, His face and His hands and saturated me. I thought that I would die. The force that penetrated me was so powerful that I thought I’d burst right there. In that moment, my spiritual heart was pierced by that power, and an intense pain invaded my heart of flesh. It was then that I returned to the earthly dimension.

Six hours had passed, but the people of the church had not left my side. They were waiting for me to return from the ecstasy in which I was found. Only God could have made them stay there because nothing like this had ever happened to anyone there before to help them understand what was happening to me. I was on the floor without being able to move; the weight  of His glory was so heavily upon me.

A demon-possessed woman was  there that day in the congregation and she approached me. I remember that just by touching her, the demon screamed and left her.

I could not get up, but I could talk.  So I began to call the members of the church one by one in order to impart into their hearts the power that shone within mine. We will never forget that day.

What occurred in that ecstasy became a pillar of faith and trust in the blood of Jesus. From then on, talking about the blood and pleading it as a weapon against the enemy would have a much greater meaning for me.

Jesus’ blood repels satan
A few years later, I had an experience that if it had not been for the concept I had of the blood I would not have gotten through it.  I was returning from a trip of intercession  in Poland where we prayed in the concentration camps of Auschwitz and Treblinka. We waged spiritual warfare in order to liberate that nation from the spirits of death that had remained there after the Holocaust of the Jews.

One night after my return to Mexico,  I suddenly awoke with the feeling that an evil presence had entered my room. My heart beat wildly, and as I opened my eyes, I saw satan before me. His body and his wings filled most of the room. His face was red and full of protruding black veins. His teeth were ferocious, like those of a wolf about to attack. His body was black and slender. His wings were like those of a dragon and appeared to be made of fire.  His eyes were yellow with intense black pupils. He looked at me with hatred and with the determination to kill me.

I stared at him and, to my own surprise, my whole being entered into absolute peace. With total tranquility I asked the Holy Spirit what I should do.  He responded, “Manifest the blood of Jesus that is within you.”

At that moment, I saw my body turn red again, totally saturated with that wonderful blood that conquered the devil on the cross. I then put my total focus on the power that is within that blood. Suddenly, it began to shine. A powerful blast of power left the blood, like a lightning bolt of fire that literally electrocuted the devil, making him flee from my presence.

The room was filled with the presence of God. My body was without any strength, due to the vast quantity of virtue that had left me. At the same time, my entire being rejoiced at the marvelous victory that the Lord had given me.

God’s army of the last days will be a people who truly understand the blood, warriors full of this power in their spirits, and totally undefeatable. The devil greatly fears those who understand this mystery.

ï»¿Something is stirring. I am looking for a Holy Spirit outpouring at any moment. Although many congregations will be blessed by this outpouring, most will grieve the Holy Spirit and will end up worse off than before.

A church, Messianic Jewish congregation, or house fellowship can keep this outpouring until Jesus returns! I call this next great wave of God’s Spirit the “One New Man.”

Whether you have an existing congregation or want to start your own One New Man house fellowship, I have prepared a mentoring care package for you. It contains the best tools I have uncovered for you to remain free and keep your “welcome” sign out 24/7 for the Holy Spirit. 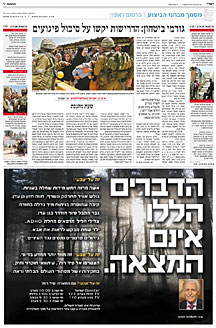 It was an absolute miracle that four Israeli newspapers accepted our advertisements featuring our television program, “It’s Supernatural!” Two of the Israeli newspapers are in the Hebrew language. Since our television show can be seen four times a week in almost every home in Israel, I expect many Israelis to view “It’s Supernatural!” and come to faith in Jesus.

As I’m writing this article, I’m chuckling over an e-mail I received from an Israeli New Ager who wants me to look at his web page. I think he wants to be on our show!

Our newspaper advertisements also ran in two New York City newspapers-The New York Times and the New York Post. As you may recall, our show airs on a secular station with the largest geographical coverage in New York City.

As you continue to financially partner with us and pray for this great Jewish harvest, you are storing up riches in heaven. You are also having God smile on you with His favor in this life.

As I’m finishing this letter, God has spoken a Scripture promise for you from Philippians 4:17-19. “Not that I seek the gift, but I seek the fruit [souls] that abounds to your account….The things sent from you [are] a sweet-smelling aroma, an acceptable sacrifice, well pleasing to God. And [because of this] my God shall supply all your need according to His riches in glory by [Messiah] Jesus.”