The Power of Imagination

We use it every day, but yet when
we talk about imagination in a biblical perspective, we
often dismiss it as the devil’s playground. The devil can only take what
God creates and pervert it
because he is not a creator nor
is he omnipotent.
When I was growing up, I was
told that I had a vivid imagination.
Later in life I would hear about people
who had a vain imagination. Certainly
there are extremes to any truth that
comes our way. If there is an evil
imagination it must have started after
the fall of Adam. Before that time God
said His creation was good except for
man being alone. Adam must have
had an imagination that was God-like.
When God created Adam, He
said “Let Us make man in Our
image” (Genesis 1:26). The word
for “image” here (stehlem) means
the resemblance or the shadow
of something. We could even say
we’re part of God’s imagination
or foreshadow of what He was
expecting us to become.
Jesus said in John 5:19 that He was
not able to do anything unless He saw
His Father doing it. This tells me Jesus
was in view of what God the Father
was doing. Through Jesus’ sacrifice on
the cross, the veil has been removed
so that we are also able to envision
the calling of God for our life.

As a young child, I remember
coming up with ways to entertain
myself while my siblings were away
at school. I would gather all of my
sisters’ dolls and stuffed animals
that I could find and line them up
on the bed as my “congregation.”
Though I couldn’t read, I held a huge
Webster’s Dictionary in both hands
and imagined myself preaching to
the dolls and other assorted critters.
I made the same gestures I had
watched my pastor use when he
was intent on making his point stick.
I would pretend I was speaking to
large crowds and I could even feel the
passion for what
I was doing.
Though I had
not told anyone,
I knew I wanted
to be a preacher.
The teddy bear
in my estimation
was the most
rebellious of my
congregation so
I would always
get the bear
saved at the end of the meeting. That
really doesn’t seem strange for a five
or six year old, but I know it planted a
seed of faith inside me so that when
I started teaching, it wasn’t a large
leap for me. From those abstract
beginnings I have not had trouble
believing God for the supernatural in
my life.

Imagination is powerful. Genesis
11 gives the account of when the
whole world spoke one language.
The Lord came down to see the
city and the tower that the sons of
men had built. Due to the unity of
language, the Lord said there was
nothing impossible that they could
imagine. In this case, imagination
was used for self-centered purposes
— for the sons of men to make a
name for themselves. The power to
imagine and the unity of language
would enable them to achieve their
vision.

Just think how powerful
it would be for someone who is
Messiah-centered in his or her
imagination.
In Ephesians 1:18, Paul prayed
the following Apostolic prayer: “I pray
that the eyes of your heart may be
enlightened, so that you will know
what is the hope of His calling, what
are the riches of the glory of His
inheritance in the saints” (NASB). The
word Paul used for “enlightened” is
key to understanding imagination.
Enlighten is translated photizo, from
which we get the
word “photograph.”
We could read this
passage as saying,
“The eyes of your
heart will take a
picture so you can
understand the hope
of His calling.”

The addictive
nature of pornography
works in
the same way. The
picture of the perversion is a direct
opposite of the image of God’s nature.
The pornographic image fastens itself
to a person like a billboard. The image
keeps replaying in the mind and
for most it brings with it a sense of
condemnation and shame — a type
of entrapment.
In Matthew 5:27-28, Jesus said,
“You have heard that it was said to
those of old, ‘You shall not commit
adultery.’ But I say to you that
whoever looks at a woman to lust for
her has already committed adultery
with her in his heart.” If lusting or
using imagination in one’s heart
becomes reality in the eyes of God,
then we should also be able to fix
our heart upon the goodness of God
and His beauty. We should be able to
consider the Word of God as a book
of reality. The more we think on
what He has in store for us, the more
it can become a reality.

Job said, “The thing I greatly
feared has come upon me, and what
I dreaded has happened to me” (Job
3:25). There are people who dwell
on doctors’ reports and all day long
think about how bad their life has
become. Proverbs 23:7 tells us that
as one “thinks [ponders] in his heart,
so is he.” If one could turn the fallen
nature of imagination around and
consider what the Lord wants to
do and agree with the Word and
meditate on what will happen to
those who are faithful in blessing
and honoring the Word above their
own opinion, there is no end to the
miracles he or she could receive.

The Lord wants us to have
an eternal perspective that
trumps the temporal world.
When God wanted Abraham to
wrap his thoughts around how big
the promise was going to be to his
descendants, He said, “Look toward
the heavens, and count the stars,
if you are able to count them….So
shall your descendants be” (Genesis
15:5 NASB). God was inviting him to
imagine that his generations could be
as many as he dared to look at. There
are times when words won’t calculate
the enormity of what our Father
wants to do so He lets us see what
He wants, because a “picture is worth
a thousand words.” Words will paint
pictures and pictures lead to destinies.

There are some who
have received words that
have given the wrong
picture or image of what
God intends for those
who set their heart on
Him. Some of you may
have grown up in an
environment where you
were devalued and heard
demeaning things such
as “You are stupid,” and
“You are never going to
amount to much.” Those
words can create an
imagination that is not
true.

The Holy Spirit is
called the Spirit of Truth.
Jesus said that when
the Spirit of Truth would
come after He ascended,
the Spirit would take
those things that belong
to Jesus and give them to
us. Jesus wants us — His
Bride — to see the truth
about ourselves and the
way He sees us through
His eyes. He sees us not through the eyes of vain
imagination, but through
what He has already
imagined for us.
May you be
filled with the same
imagination as Jesus
“who went about doing
good and healing all who
were oppressed by the
devil, for God was with
Him” (Acts 10:38).

Kerry Kirkwood is the founding pastor of Trinity Fellowship in Tyler, Texas, founded in 1987. He carries a strong prophetic anointing and speaks into the lives of individuals,churches, and regions. He and his wife, Diane, have four children and two grandchildren.

God has given me a vision that He will use our
Equipping and Mentoring Center to thrust millions of
Christians into His harvest.

The power of imagination
has been stolen from
the church. I first started
thinking about the power of
imagination when I interviewed
Mel Bond. He told me that
he would meditate on the
miracles of Jesus, and then he would visualize
himself doing the same miracles. When he
went to Africa, he saw blind eyes open and
other Messianic miracles for the first time in
his life.

We all use our imagination all the time.
However, it is usually based on circumstances
of life rather than the Word of God.
When Kerry Kirkwood told me of a
study that said 50% of medical students
displayed symptoms of the very disease they
were studying, the magnitude of his teaching
exploded within me. If worldly imagination
can produce the negative, what can
imagination based on the Word accomplish?
Most Christians do not evangelize
Jews because they believe the Jews have
spiritual scales on their eyes. But this is not
my experience. It’s too late to tell me Jewish
people are not open to the gospel!
I have a picture in my imagination that
Jewish people are wide open to the gospel.
This is why we are in process of mailing
two million Jewish evangelistic books to
two million Jewish households in North
America. This is why I have Jewish evangelistic
outreaches and see hundreds of Jewish people
receive the Lord at our meetings. This is why
we have launched an evangelistic
website and advertise to attract
unsaved Jewish people to it.
Many say they are praying and
waiting for a revival. I say, revival is
here! The picture in my imagination
is based on God’s Word:
The harvest truly is plentiful, but
the laborers are few. Therefore pray
the Lord of the harvest to send out
laborers into His harvest (Matthew
9:37-38).

This is why we have started an
Equipping and Mentoring Center
in Charlotte, North Carolina to equip you to
enter God’s wide-open harvest. He 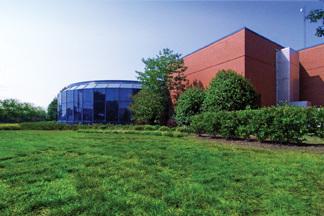 says the
only thing missing are the workers.
God’s way to evangelize has never
changed. Demonstrate His Kingdom through
the supernatural, and then earn the right to
proclaim the King!

Most Christians and Messianic Jews who
witness to Jewish people have meager results.
Why? Because they witness from the Bible
without a demonstration of the supernatural.
This is not how Jesus, Paul and the apostles
witnessed. Thousands of people came to hear
Jesus because of the miracles.

God’s strategy
has never changed.
God has given me a vision that He will
use our Equipping and Mentoring Center to
thrust millions of Christians into His harvest.
I see us forming an “It’s Supernatural!”
television network. Our programs will not
be the fumes of the prior move of God’s
Spirit. Instead we will help usher in the next
move of God’s Spirit.

As a new believer, I had the privilege of
being a guest on The 700 Club and PTL Club. The
presence of God was so thick, it was tangible.
Why? Because God wanted to use those
networks to spread the move of His Spirit. I
have people on staff who worked for these
organizations in the early years. They tell
me the same favor they witnessed is on our
ministry now.
Dream with me. Partner with me. Who
knows if you have not been called to the
Kingdom for such a time as this?