Use God’s Word As Your Healing Foundation, Or You Will Take On Deception 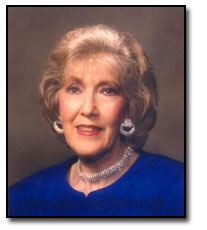 Each year that goes by there are new, deadly virus strains coming. And there are no antibiotics that can destroy them. So it would be best to build your immune system strong before you were attacked. Therefore, there is no substituted for eating correctly and speaking God’s Word over your immune system to build it up before the attack comes. Satan is ready to strike when your immune system is low caused by poor diet, no rest, and not speaking God’s Word. If you are in an attack and need healing, then take heed to my following words from my own personal experiences.

My healing testimony can inspire you; but it’s only faith in God’s Word that you are proclaiming over your attack that can give you victory to outlast your enemy’s attacks. You must get into God’s Word and find healing scriptures that can cover your problem. Then you must enforce the Word against the enemy. Because, from my own personal experience I have found that if you will “Submit yourselves therefore to God. Resist the devil, and he will flee from you,” according to (James 4:7-8.)

However, most people when they are in need of healing they do not look to God or His Word. Instead they look to anointed ministers to lay hands on them to receive their healing. And God in His mercy heals through another one’s anointing a few times, but that is not His number one way to be healed. Although God heals through the laying on of hands, thereafter, He expects you to get your healing through believing His Word enough to execute His Word on the attack. That requires personal relationship.

Therefore, the number one way to be healed is by simply believing God’s Word, and executing His Word on the attack. Then your healing is stable. There is a tremendous anointing on God’s Word. A Centurion in the Bible knew the power of speaking God’s Word. He told Jesus, “speak the word only, and my servant shall be healed,” (Mt. 8:8.) As Psalm 107:20 says, “He sent His word and healed them.” I was healed of lupus by forcefully speaking God’s Word on my lupus attack. The spoken Word of God will heal you, just the same as…by confessing the Word…will save your soul.

God is not pleased with us when we doubt the credibility of His Word, by not trusting Him enough to stand on His Word and run the devil off. Because, God has given us His Word that the gates of hell shall not prevail against us, that is, if we are His Church, according to Jesus’ own Words; (Mat. 16:18). So we must exercise our faith, and use the authority of God’s Word that Jesus gave us to use on the enemy. By Luke 10:19 Jesus gave us the power. But power must be enforced on the outlaw devil.

Unless you fully know your authority you will not enforce God’s Word on the devil. You then will be deceived, just as a young lady was that I visited years ago. She had not been taught her authority as a believer. And she was in the last stages of lung cancer. I was sent an airline ticket and asked to fly to the home where she lay near the point of death. Her lungs were filled with malignant fluid. She could not talk.

I was very grieved that they had waited so long to send for me, but yet I still proceeded to fast pray for three days for her. Then I prayed deliverance over her, because she was unable to talk, or confess God’s Word for herself. After my payer, the fluid left her lungs and she spoke as clearly as I was speaking. She attended church the next day, which was on Sunday. The church was shocked to see her walk in, since she had been bedridden and had been so gravely ill.

I spent seven days there teaching her how the enemy would try to deceive her with lying symptoms to make her waver, so she wouldn’t keep trusting God’s Covenant Word promises. Then I taught her how she must keep on confessing God’s Word even when satan returned her symptoms. They taped all that I said, taught, and every prayer that I prayed over her. She was well supplied with God’s Word. I tried to cover all the tricks the enemy would do, yet there was one trick that he did that I had not though of. Because the devil is a master-mind on how to deceive people.

Several weeks after I had returned home I had a report that she was gravely ill again. I asked what had transpired since I was there. I was told that she did the confessions that I had left her, and that she listened to my tape instructions for a couple of weeks. Then, she began to slack up saying her confessions. That was not wise. Jesus is the High Priest of professions, by Hebrews 4:14. So for Jesus to act on professions, we must profess, or confess His Word. And because she was slack with her confessions satan took advantage of her slackness. Then he moved in with his deception.

Know this for sure that an idle mind is the devil’s workshop, in no uncertain terms! Immediately after she became slack on her Bible confessions, the devil came to her in a dream. He dressed in a long flowing white robe. (See 2 Cor. 11:14). He impersonated Jesus. He told her that if she would get the other ladies that were present when I had prayed for her to just anoint her with oil once more, and pray again for her, then she would receive her instant healing. His trick deceived her! She was already healed.

So satan used her idle mind as his workshop and then deceived her in a dream. We cannot afford to slack up on our faith and Word confessions when the attack is still coming. If we do, our mind is wide open for satan to deceive us when he turns up the pain symptoms. I know, because I fought the good fight of faith, by standing on the Word of God, to bring myself back from death’s door from last stage lupus, in 1983. We will never take on deception as long as our foundation is based on God’s Word.

That is why Joshua 1:8 says, “This book of the law shall not depart out of thy mouth; but thou shalt meditate therein day and night, that thou mayest observe to do according to all that is written therein: for then thou shalt make thy way prosperous and then thou shalt have good success.” I say then, the devil can’t steal our blessings away from us.

In other words, the devil will not be able to deceive us or take from us what Jesus has provided through the power of the Cross. As by Abraham’s blessings that we’ve inherited, and that Jesus purchased at Calvary, so now we can, through meditating on God’s Word day and night, take our rightful blessings back from the enemy.

You must believe God’s Word enough to take back what the devil has stolen. So enforce God’s Word on your attack! You must confess the Word without wavering in your faith, and without your confessions wavering. Base your healing confessions on God’s Word for your foundation, then you will not take on deception. Amen!

Emily Dotson was supernaturally healed of lupus. Now she teaches others how to overcome disease through the power of God.