Why have Jews and Gentiles grown apart? What will bring them together again? 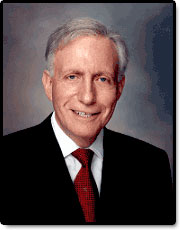 Sid Roth was raised in a traditional Jewish home. Today he has found his Messiah. He has devoted much of his life to answering the question, “Why have Jews and Gentiles grown apart?” Sid firmly believes that God never intended to start a new religion. It’s not Judaism and Christianity, two streams of God, but the convergence of Jew and Gentile into one stream called the “One New Man.”

In the following interview, Sid studies Scripture and shares his personal view on what he believes is the next move of God that will impact Jew and Gentile alike.

Q: Sid, will you explain the significance of the “One New Man” in Scripture?
A: God wants to “gather together in one all things in [Messiah]” (Ephesians 1:10b). He tells us how He will do this:

“For He Himself is our peace, who has made both [Jew and Gentile] one, and has broken down the middle wall of separation … to create in Himself one new man … in whom you also are being built together for a dwelling place of God in the Spirit” (Ephesians 2:14-15,22).

Q: This doesn’t make the enemy very happy!
A: The devil is trying to stop the explosion of God’s power by stopping the building of God’s dwelling place. If the foundation is destroyed, the temple can’t be built. So, the enemy’s strategy is to stop Jews from becoming “one” with Gentiles.

Q: Are there any other proofs in Scripture of Jews and Gentiles coming together as One New Man?
A: The “tabernacle” prophesied by Amos is a type of the
One New Man Glorious Congregation:

“ ‘On that day I will raise up the tabernacle [literally, ‘dynasty,’ or ‘family’] of David [the Jewish people], which has fallen down, and repair its damages; I will raise up its ruins, and rebuild it as in the days of old; that they may possess the remnant of Edom [Septuagint reads ‘mankind’], and all the Gentiles who are called by My name,’ says the LORD who does this thing” (Amos 9:11-12).

Q: Exactly what will happen when the tabernacle of David is restored?
A: God promised that once this tabernacle (family) of David, or the Jewish people, was restored, it would cause a revival among the Gentiles (Amos 9:12). In fact, this was the proof text to convince the Apostles at the Jerusalem Council meeting to evangelize the Gentiles (Acts 15:16-17).

Q: If Gentiles were the missing part of the church at the time of the Jerusalem Council in Acts 15, who is missing now?
A: After Yeshua died, the veil of the temple was torn in two (Matthew 27:51). Now nothing should separate us from intimacy with God. Yet, the middle wall of separation (veil) between Jews and Gentiles hinders the church from achieving its full destiny in God because the majority of Jewish people are excluded (Ephesians 2:14).

Q: What will cause the release of the flood of God’s Spirit?
A: According to Joel 3:18, a fountain will be released “from the house of the LORD.” Amos 9:13 talks about when the Jewish people receive Messiah, the blessings of revival among the Gentiles will be so great that we will not be able to contain all the new believers.

“You will arise and have mercy on Zion; for the time to favor her, yes, the set time, has come. For Your servants take pleasure in her stones, and show favor to her dust. So the nations shall fear the name of the LORD, and all the kings of the earth Your glory. For the LORD shall build up Zion; He shall appear in His glory.”

When the servants, the Jewish people, take pleasure in (or return to) Israel, the Lord will build up Zion (Jerusalem). When the Lord builds up Zion, He will appear in His glory. This prophecy was written for “the generation to come” (v. 18). The Hebrew could be translated, “for the last generation.”

Q: What will the “last generation” do?
A: This last generation will be uniquely created to restore Davidic praise and worship in order to prepare a tabernacle for the King. As magnificent Levitical worship is restored, it will bring an outpouring of the same glory that was in Solomon’s Temple. The Old Covenant glory is the “former rain.” When the former rain teams up with the “latter rain,” or the New Covenant glory, we will experience a move of God like the world has never seen. In other words, the Jew needs the Gentile Christian and the Gentile Christian needs the Jew for a full release of God’s glory from the Tabernacle of David. The One New Man is the reformation that will cause the restoration of intimacy with God that was experienced in the Tabernacle of David and in the early church.

Q: Is this move of God happening today?
A: The closest to this outpouring I have experienced to date is in a congregation in Kiev, Ukraine. The leader is almost always in the Spirit where he receives direction from God. When he implements these instructions, the congregation flourishes.

Q: Please describe what you are seeing in Ukraine.
A: Over 1,000 Jews and Gentiles gather to worship every Saturday and on major biblical festivals in this congregation. There are normally at least 100 instant healings in every service. God instructed them to use old-style Chassidic (Orthodox Jewish) worship. The music and dancing are so infectious that almost everyone joins in. Music usually precedes the move of God. The music that will usher in the One New Man will be a brand new song. It will be the same music described in Revelation 15:3 the song of Moses (Jewish) and the song of the Lamb (Christian) becoming one.

Q: Sid, what is the role of Messianic Judaism in bringing about the One New Man?
A: As we move toward a One New Man Congregation, the church owes a debt of gratitude to the Messianic Jewish movement. God used this rag-tag army of young Jewish believers in the 1970s to restore the Jewish roots of our faith.

Q: What did you learn from those early days?
A: In our immaturity, we overreacted in our Jewishness. We thought Jewishness was similar to the traditional synagogue’s style of worship. We were resisted and misunderstood by the Gentile church. Both traditional Jews and Christians viewed us as a cult. We thought that the more Jewish we appeared, the more acceptable we would be to the Jewish community. But we didn’t reach many traditional Jews. Unintentionally, as we tried to reach
traditional Jews, we made Gentile believers who loved us feel like second-class citizens. We had good intentions, but our stance was unbiblical, and this I regret.

Q: What is God showing you about this fresh, new move of His Spirit?
A: Over the years, I noticed two trends. The majority of the members of Messianic synagogues were Gentiles and the majority of the Jewish people we reached were originally saved in Gentile churches not in Messianic Jewish congregations. This begs the question, “Why were so many Gentiles attracted to Messianic Jewish services?” It is not just a restoration of biblical roots. I believe it is because God has called the Gentiles to provoke Jewish people to jealousy (Romans 11:11).

Q: Where do you think this is leading? What’s next for God’s people?
A: Much has changed for the better in Messianic Judaism. Without it there would not be One New Man. And it brought a necessary course correction for the church. But God is up to something new. It’s bigger than Messianic Judaism. It’s bigger than Gentile Christianity. Both have been used mightily by God. It will not look like a traditional synagogue, a traditional church, or even a Messianic Jewish synagogue, although it will have aspects of each. It will not be the one man show, but the One New Man. You will see that God has more so much more!