Riveting Vision of the Future: Trump, China & the World

First vision, I saw myself go into the courts, and I was overcome with the presence of the Lord and went face down. I heard Him command me to stand up, but I didn’t have the strength. Then I was picked up on my feet. I knew I was there to intercede.

I heard, “What is your request?”

Then, I said, “For the children and the daughters and the sons. For them to be rescued, for justice to come, for vindication, for the abuse to stop.” I was particularly praying for sex trafficking and also for the Chinese church.

I saw what looked like a clock. I heard, “All will be accomplished in due time.”

Then He said He was with those were wounded and abused, but the time for full vindication had not come yet. Others must be added. His timing is perfect.

I asked was there anything I was lacking or needed. I heard “Patience.” Then I saw myself fall on my face again.

Then I saw the ship, “The Constitution”, and I saw that big wave Kathie Walter’s had seen come over the ship, but it’s like it completely changed our course as a nation ran the ship into a safe harbor.

A little bit later, I was just soaking. I heard again, “Come with Me. I have something I want you to do with Me.”

I saw Yeshua as the Lion of the Tribe of Judah. He was fierce looking. I saw myself beside Him, sometimes like a lioness, sometimes like a little girl. It kept changing depended on what we were doing. He immediately took me to the Great Wall of China. He said, “You were once a slave, just as the slaves who built this wall, and you have forgiven. You are to roar with me now. Their vindication has come.” I saw both of us roaring towards the wall. His roar obviously way was more powerful than mine. I felt more like little Simba in The Lion King. But as we roared, the Wall of China began to quake and crumble like a wave. Then I saw the ground begin to swell like a pregnant belly about to burst open, and I saw all these people under the ground pushing, like thousands and of thousands. It was like the ground was like a thin film, and then all of a sudden a swell, and then all of these people burst forth, like it had just given birth somehow. I heard, “This is time of the underground church in China to birth forth.” I saw the face of the current president of China, and I heard the Lord say that this was the last wave of persecution the Chinese church will face, and it will be quickly over, and their time had come. He said that He wasn’t done showing me things yet. We went to the emperor’s palace. He jumped over the outer wall. And then began to roar, Xi Jinping and all the ruling party came out and bowed their faces towards the ground. Then the Lion grabbed Xi Jinping by the scruff of his neck, like cats do, and shook him really hard and tossed him to the side. Then, I saw the Chinese flag come down, and I heard, “It’s time for a new flag. It’s the time of the Chinese church to rise and rule.” I saw a new flag that looked like a Chinese flag but it had a golden cross across the middle. It was raised up the flag pole.

Then , Yeshua said, “I’m not done yet.” I then saw a very large Buddha in front of the lion. I heard, “Buddha has consumed the children, and its belly is full.” I saw the Lion roar again, and the belly of Buddha broke open. All these children ran out and into Yeshua’s arms. The rest of the Buddha crumbled away.

I heard again, “I’m not done yet.” I saw the Hindu idol, Shiva? He just went up and bit its head off.

Again, I heard, “I’m not done yet.” I saw a map of the Middle East, and I heard, “Brothers, put down your weapons. It’s time to come home.” Then, I saw many men with weapons, begin to make tools out them, and I saw others link arms together.

Again, “I’m not done yet.” I saw Him walk into the EU chamber in Europe, and all the Euro leaders were there, men of great power around the table. But when the Lion entered the room, they all just stood like statues and shook. I saw the Lion put both paws up on a large oval table in the middle, and as He did, the entire table top just flipped complete over. “I heard the tables are turned on them.”

Again, I heard, “I’m not done yet.” I saw the Russian flag. I saw the sickle and the hammer come apart. The hammer pounded on the sickle til it was like a straight line, like it turned into a measuring rod. Then Yeshua took the hammer to Lenin’s tomb and pounded it to dust. And then it hit the top of their Governmental building in Moscow, like at the top steeple in the middle. I saw the leaders rushing out, and looking up. I heard, “Justice has come for the church in Russia.”

I asked Yeshua about Africa. I’m finally getting a clue, right? I heard, “I’m not done yet.” Then I see the Lion off the coast of Africa at the top, and I feel great compassion in His heart. I see an image of Heidi Baker and many other leaders of the church in Africa. He takes His paw swipes it across the water and a tidal wave of water rushes over all of Africa beginning at the top down, but it’s more like golden glory. I was concerned at first for more flooding in the natural, but as this water went over the land, the land become lush green, and full of life. I saw South Africa highlighted in gold especially, Then I saw glory lights all over Africa, and it all joined together and became one great light.

Of course, I’m wondering about America and Israel. He had kept telling me, “Wait. I’m not done yet.” J

So, we end up in front of the White House. And as we stand there, it’s like the whole top of the house is laid bare and you can see everyone and everything, even down into the lowest basement. I hear, “I’m exposing everything.” I see people running for cover, some afraid. But then I see President Trump, come out and stand in front of the Lion of the Tribe of Judah. He then goes down on both knees and is weeping, His face to the ground. I hear, “Rise up my son, and rule well.” It wasn’t like He was a king though, I saw Him then in a crown and robe. It was more like Him in His sonship authority. President Trump turned around to face the White House. I heard Yeshua tell Him, “Set the Captives Free and bring justice.” In his right hand was placed keys, and in the other a gavel. But then this was funny, Yeshua also laughed and said “Clean House.” And I saw President Trump and all of His cabinet and staff with mop buckets, mops, and gloves on. They all looked like a cleaning service, like maids. Very funny. Then the Lion went to the center of the mall. Again, He said, “I’m not done yet.” He began licking up the water in the pool in the middle, and then He thumped His paws on the ground. When He did the ground began to quake, and surge like an earthquake. The monuments began to shake, like everything to the foundations, and things were breaking and falling, but the structures still held. He again said, I’m not done yet, and He went to the Capitol, and He walked into Congress. I saw what looked like a Spirit of Jezebel, but I also saw Nancy P. and others in the Congress. He just walked in and interrupted the session. Nancy P. was defiant and others standing around were scared. He again, He just picked her up and shook her like a ragdoll, and very powerful men were around and they just shook and began to run away. Then I saw that same wave that hit the Constitution began to flow all over our nation, and destroy major strongholds across our nation.

Honestly, at this point, I got so excited, and felt like we were done. Plus, my throat was hurting really badly, so I got up and took some stuff. Totally forgot about Israel until I sat down to write this. Then again, I heard with a laugh, “I wasn’t done yet. You forgot something.” Immediately, I saw us standing at the Dome of the Rock. Again, I saw the Lion first lick all around the base of the Dome, and then I saw where He licked, He began clawing at the ground, then all of a sudden with one paw, He lifted the entire structure of the Dome of the Rock up and placed it in a nearby land. He said, “I’m reestablishing My Kingdom here.” I kept expecting to see some kind of new temple come down from heaven of something, but then I heard, “This is not an earthly establishment, nor anything like what you have seen before.” Instead I saw like a golden shaft of light from heaven hit the freshly dug up ground, and I saw a huge golden cross in the middle of the shaft. As it shone, people began running and flocking to it. Then I saw the Wailing Wall, and I saw in golden graffiti across it, “Yeshua”.

I also asked Him about the timing of Antichrist, like the mark of the beast etc.. Of course, He didn’t answer me directly, but I saw a large clock again. And I heard, “The enemy has been trying to push the time forward.” The clock hands were at ten til midnight. Then I saw two large hands come and hold the clock hands in place. I heard, “It’s not His time yet. It’s mine.”

Then, that was it. 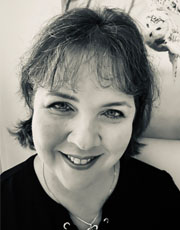