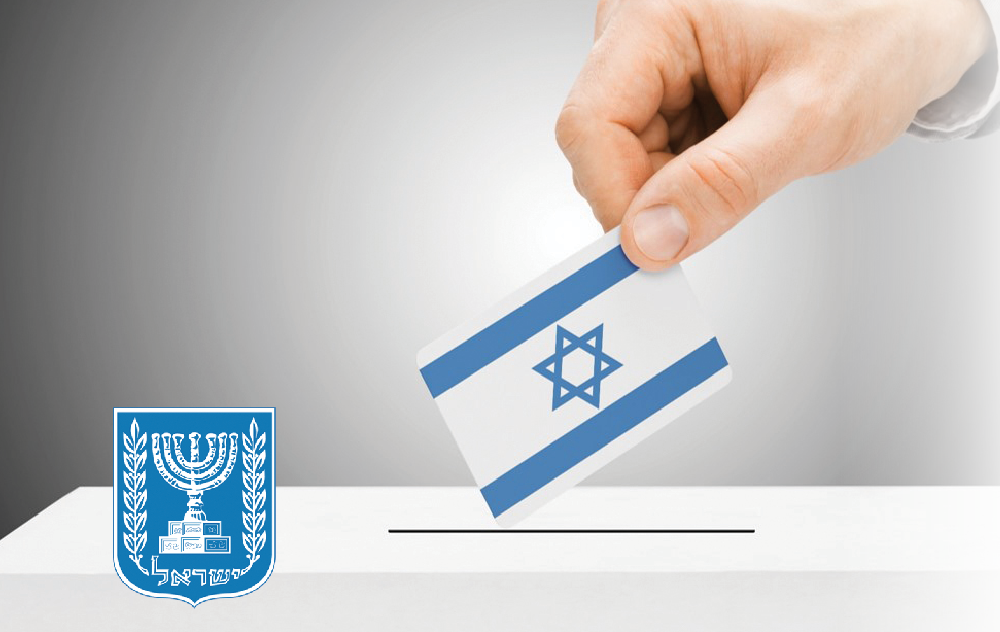 We are electing a prime minister on April 9. Our current Prime Minister, Benjamin Netanyahu, was recently indicted for bribery, fraud and breach of trust, allegedly offering favors in order to get good news coverage for himself and bad coverage for his political opponents. He is said to have received hundreds of thousands of shekels in cigars and champagne in exchange for giving friends and relatives’ business benefits.  However, conviction is many months away, and not at all assured.

Netanyahu’s present coalition is made up of mainly Orthodox and ultra-Orthodox parties. These conservatives believe Judea and Samaria is promised to the Jewish people by God, and so they will not accept a Palestinian State on central Israel’s doorstep.

Unfortunately, they are also very anti-Messianic and spend much time and tax money harassing Jewish believers in their businesses and especially working to deny believers the right to immigrate to Israel.  All Jews in the world have automatic rights to immigrate and receive Israeli citizenship—except  those who believe in Yeshua.

The ultra-Orthodox, which now number about one million Israelis, constantly drag the Israeli economy down by extracting huge amounts of tax money in exchange for their partnership with Netanyahu’s coalition. They use the funds to pay themselves stipends, as only about 50% of Orthodox men work and the rest spend a lifetime studying rabbinical literature in their yeshivas.  And their population continues to grow! Most Israelis understandably feel very negative about the Orthodox appropriating such vast sums of money.

On the other hand, Israelis admit there is no one like Netanyahu with his brilliant handling of the world outside of the country. Who doesn’t know we certainly have enemies in every direction. Yet Netanyahu has done wonders.

It would appear to me, that most likely Netanyahu’s type of corruption is unfortunately common among politicians in general here. All want good media coverage. All would like to do favors for friends, etc. But the press leans to the left, the media to the far left, so no sin of Netanyahu is left uncovered. Quite a lot of citizens are simply tired of hearing about his corruption in the media day after day.

From the party center left, we have General Benny Gantz who is well liked, well respected and fresh out of the army. In fact, Israelis have strong faith in the values and honesty of the IDF.  Gantz has joined together with a well-known center left ex-journalist, Yair Lapid, to create the Blue and White party. No one knows exactly what Gantz stands for, but he is hinting that he would not be interested in creating a Palestinian state.  (The “normal” Left in Israel is nowhere near the Left’s extreme dogma of the U.S. or Europe.)

The Blue and White would most likely give more religious freedom to non-Orthodox citizens – like Messianic Jews. In fact, the Orthodox hate Yair Lapid because of his anti-Orthodox stance. And believe it or not, both of these men are considered clean and honest.  But Gantz as a politician is an unknown.

Meanwhile, the mountain of challenges in Israel knows no end.  How to keep Iran from developing a nuclear weapon with which they have promised to wipe out Israel.  How to deal with Hamas and the Palestinian Authority, both of whose goals are to replace the State of Israel.  How to deal with the rising anti-Semitism in Europe—especially France.  Already 55,000 Jews have left France for Israel, and the Jewish state is preparing to receive another 200,000.  How to deal with potentially difficult demands that might appear in President Trump’s Peace Plan, which has not yet been revealed.

How to stay prepared in case Hezbollah decides it’s time for another war.  How to further the United States’ decision to recognize the Golan Heights and get other nations recognize them as belonging to Israel (part of Israel’s inheritance according to the Torah). How to bring more Arab and African nations to recognize Israel as a legitimate state.

Perhaps the biggest of all challenges is just what should Israel do about Judea and Samaria?  Palestinian leader Mahmoud Abbas is 82 and ill. No one knows what will happen, except that if an actual election is held in the West Bank, the chances are huge that Hamas will win as they did in Gaza.  After 70 years of “no” from the Palestinians, few Israelis have the stomach to see Gaza II rise up a few miles from Tel Aviv, Haifa and inside Jerusalem.  The Ben Gurion National airport would become an easy missile target.

Our focus is on the promises of God—that He will bring our Jewish people back to Himself, and give them a new heart and a new spirit.  And at the right time, God will also give us back all the Land He promised us some 4,000 years ago.

The two main parties are now neck-and-neck in the polls.  Lord, Your Will be done, in Israel, as it is in Heaven!