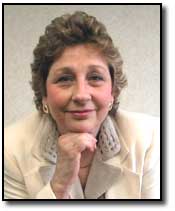 It was Friday night. Shabbat. This week it was Dave and Dee’s turn for our House Church to meet in their home. We were glad to see each other after a long week even though the women had been together on Tuesday night when we turned our Bible discussion group into a surprise birthday party for one of us. We chatted over food around the table like a family and laughed over some memories. Dee brought out an old album of their younger days. There’s something about meeting in someone’s home that makes you feel more a part of their lives.

Eventually we drifted into the family room and as Dee and Dave are African Americans, we were treated to some good Black Gospel worship music, which everyone seemed to enjoy including, apparently, the Lord who made His presence known. Depending on who’s inspired to lead out in worship our music is as varied as our backgrounds, often with several in one evening, from Gospel to Messianic, Vineyard-style or even an occasional traditional hymn. I found it hard to sit still and was grateful I was where I could find a space to spread my arms and do some moving around you could call dancing unto the Lord.

We easily went from singing to spontaneously speaking out praises and thanksgiving and the next thing I knew we were in a discussion. Someone’s thanks to the Lord had generated a question, which brought a few thoughts and off we were on one of our discussions. Bibles were flipped open as various contributions of Scripture peppered the dialogue. It was a lively and fascinating talk. The questions we were addressing were: What is the significance of knowing our Hebrew Roots? Aside from the fact that it’s fascinating to learn these things, what’s the spiritual significance? What is it telling us about God and what He’s doing?

There’s an old Hebrew expressions that says, “May you live in an interesting time.” Our time qualifies! Interesting it is. A little scary sometimes, but it’s certainly not humdrum. Yeshua (Jesus) emphasized the importance of being aware of the “signs of the times” in order to know what is of God and what is not. After all, whatever God is up to, we want to be up to it with Him, right? So it would be wise to discern what some of the signs around us are that tell us what God is doing today?

That there exists such a ministry as Messianic Vision is in itself a sign of our time. It could not have existed until recently. Today, we have hundreds of Messianic congregations and ministries around the world in which Jews who believe in Yeshua maintain their Hebrew or Jewish identity . But just one generation ago few Jews believed in Yeshua and those who did were assimilated into the Church and basically lost their Jewish identities. How come? How did a Jewish belief in the Jewish Messiah become so un-Jewish?

For the first 15 years or so, all the Believers were Jewish. It wasn’t until the Lord sent Peter to Cornelius’ house as recorded in Acts 10 that the Apostles realized that Yeshua’s atoning death had cleansed the Gentiles of their sin too and they were welcome to come to God with the Jews. Peter expressed it well: “I most certainly understand now that God is not one to show partiality but in every nation, the man who fears Him and does what is right is welcome to Him.” (Acts 10:46, 47a)

When the Romans destroyed Jerusalem in 70 AD the Jews had to flee for their lives. With Jerusalem no longer the focal point for the Believers, as they shared the Good News of salvation through Yeshua wherever they went, Gentiles flooded into the Faith and soon outnumbered the Jews. People tend to bring their own past experiences and cultural interpretations into today’s experience, and so little by little the Gospel took on some perspectives more reflective of Greek or Roman thinking than Hebrew. With no Jewish leadership to bring correction after the Apostles were gone, the Church took a definite turn away from its Hebrew roots.

The promise of God to Abraham is triune, that is 3-fold, which includes relationship with Him, sons who would bless the world, and the promise of the Land . Beginning as far back as the second century, the Church made a value judgment that since the Jews were no longer in the Land God had given to them, not only was God finished with them, but all those several hundred Scriptures that talk about restoring the children of Abraham back to the Land were spiritualized as being for the church. The promised land became heaven or when Jesus comes back to earth, etc. We call it Replacement Theology as the church was seen as replacing Israel as the recipients of the promises.

Consequently, you could have been excommunicated or even burned at the stake for observing something Hebrew as a Christian since the Jews were erroneously considered unalterably rejected by God. To have been found checking out a Jewish website like Messianic Vision in the Middle Ages, could that have been possible, might have been dangerous to your health and well being.

That you are reading this then is also a sign it’s a sign that God is doing something significant in your life and in the church at large. He has restored Israel back to her Land, albeit not without a continued battle, and now He is restoring His church back to an awareness of the Hebrew foundation upon which the church was founded and upon which the New Testament stands.

If you are a Gentile and you’re reading this, likely you’ve got an interest in learning about the Hebrew roots of your faith. If you have a love for Israel and the Jewish people, this is a sign of God’s putting His love for Abraham’s natural children in your heart, of His sharing His heart with you. It’s a sign that the religious strongholds that have existed for almost 2000 years are no longer effective in keeping you from grasping the full revelation of the purpose of Israel in God’s eternal plan.

If you’re Jewish and you believe in Yeshua, you’re free to identify yourself as a Jew and still believe in Yeshua. This too is a significant sign of the times we live in. There’s a liberty to acknowledge both your Jewishness and the Lord at the same time without fear along with the growing number of Jewish believers that exist today. Of the six million Jews in the United States today an estimated 250,000 of them are followers of Messiah Yeshua. That means one out of every 24 Jews is a Believer in Yeshua. This too is an unprecedented sign of our times.

If you’re Jewish and you do not believe in Yeshua, that’s ok. We’re glad to have you visit the website and invite you back to see what we believe God is doing in our time. It’s a sign of the time for you too that you’re curious as to what these Messianic Jews are really believing about this Jesus (Yeshua) and you feel free enough to just check us out. That you don’t have to go to a culturally alien or culturally threatening place to do so, as would have been the case in the past, is also a sign.

Many churches today are studying the Hebrew roots of Christianity and are asking Believing Jews to come in to teach them. Messianic believers are being asked to come into churches to lead Passover seders or the churches are holding them themselves. Davidic worship is becoming more and more prevalent. Hebrew folk-worship dances or singing in Hebrew can be found in churches across denominational lines. Churches are interested in studying or celebrating the Feasts of the Lord. Yearly several thousand Christians head for Jerusalem for the Feast of Tabernacles celebration each year and an increasing number of church groups around the world are celebrating the Feast as well in anticipation of the day when Yeshua returns and ‘tabernacles’ among us forever. Amen.

Part of this restoration to things Hebrew is the return to meeting in homes as is recorded in Acts. 2:46, 47: “Day by day…breaking bread from house to house, they were taking their meals together with gladness and sincerity of heart, praising God.” While the 1st century Believers always met from “house to house,” once Constantine arrived on the scene in the early 4th century, he institutionalized the Church and established public buildings which took people out of the homes, and the intimacy which had characterized the early church was lost.

It was not long after that that the Church slid into the Dark Ages and all sense of an alive and vibrant Church as family gave way to (Greco-Roman) formalism mixed with superstition and paganism. While the Reformation did much to pluck the Church out of Darkness and give her the Scriptures and salvation by faith, it wasn’t until this generation that churches began to have their people meeting in homes for Bible studies and fellowship groups. These days it is normal for churches to have a number of home groups meeting throughout the week.

Today there is also the growing phenomenon of house churches. These meet exclusively in homes and are loosely linked together through relationship rather than any organizational structure. When they grow in size, they generally choose to multiply into two house churches rather than find a larger place to meet, thus maintaining the intimate nature of their meetings and relationships, though periodically the groups may come together for a special occasion.

Our house church is an example of how one functions spontaneously and with everyone involved. We have no one leading the meeting and everyone is free to initiate or give input as they feel inclined. Usually the meeting just begins and ends naturally without anyone opening it or closing it. It just happens. We assume the Lord is leading us as we continually ask Him to do.

Our meeting this week ended with one of our women asking for healing prayer. We gathered around her and several prayed for her while the Holy Spirit ministered to her. Then as it was now late and we were all happily tired, we hugged each other, chatted our way out the door, and blessed each other as we headed to our cars. Several of us called, “See you tomorrow,” who would meet in the morning for our monthly Shomer (Watchmen) meeting to pray for Sid and the ministry of Messianic Vision and for Israel lots to pray about! As we drove home I had one more ‘thanks’ on my heart. “Lord, I’m so grateful that you’re bringing your people home!”