God Is Not Politically Correct

One of the most significant strategies of the enemy has been the attack on our Judeo-Christian heritage. This became pronounced beginning in the 1960s, when a counter-cultural wave of rebellion surged through the nation. It continues to this day, attempting to erase from every vestige of our culture the memory and honor for our Judeo-Christian heritage: history books have been rewritten, holidays renamed, civil institutions of family and marriage redefined, and God rejected from society. Any form of worship or religion is celebrated except the Judeo-Christian principles on which this nation was founded.

For the last century, Christians have compromised and given way for darkness to hold sway in our media, our schools and universities, and our government. Our weakest members, the children of America, are being cut off from all remembrance of their spiritual inheritance, and taught foreign ideologies. In just a few generations Christianity and Judeo-Christian values have become an anathema because believers have been guilted into compromise with demonic positions in order to “be nice, Christian, and kind.” Some call it political correctness, others, pluralism or the separation of Church and state. In the Bible, it is called the spirit of Amalek.

Amalek was the grandson of Esau, the man who exchanged the spiritual blessing and promise of God for the temporary satisfaction of a single meal. He attacked the Israelites as they came out of Egypt to lay hold of the blessing and inheritance promised to them through Abraham. The spirit of Amalek causes us to despise our own blessing, and attacks us with weariness and lethargy to discourage us from taking hold of our inheritance. It is not satisfied until the people who carry God’s blessing are destroyed. 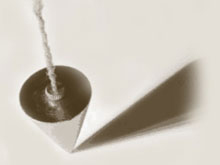 This is one of the strongholds we must pull down in the battle for our nation and our children. The Bible gives us God’s military strategy for the spiritual war we engage in today:

Thus says the Lord of hosts: “I will punish Amalek for what he did to Israel, how he ambushed him on the way when he came up from Egypt. Now go and attack Amalek, and utterly destroy all that they have, and do not spare them. But kill both man and woman, infant and nursing child, ox and sheep, camel and donkey” (1 Sam. 15:2-3).

When Israel was established in the land of her promise and Samuel had anointed Saul as king, the Captain of Hosts gave His marching orders to defend their inheritance. God’s directive to utterly wipe out every last one of the Amalekites, including women, infants, and even animals, may seem extreme. Many would ask, “How could God be so mean?” God is not nice. He is good. He is just. He is perfect. He is God. He does not have to prove His niceness to anyone. The spirit of political correctness and compromise puts the burden of proof of God’s goodness on Him to be judged by our imperfect human standards and understanding. It has turned the equation, and made man the measure, not God. Instead of bowing to Him in whose image we are made, we expect Him to bow to us and our image of what is good and right in the world. We are not perfect, but our values come from a perfect God. We have gotten swept into the looking glass world of illusion where good is evil, and evil is good. It is time to reset our bearings by the absolute Truth of God’s Word.

King Saul did not obey God’s command. He compromised God’s values with his, leaving the choice livestock, and the choice prize, King Agag, alive out of fear of the men he “led.” The decision not only cost Saul his kingdom, but imperiled Israel’s future generations. Out of that single survivor’s lineage came Haman, the man who obtained governmental authority to commit genocide against the Jews of Persia.

The power of humanism and atheism will never be satisfied. We can withdraw from the line of battle today, but the demonic realm has no objective short of complete victory. It will either win the battle today, or use the beachhead we afford through retreat and compromise to completely destroy our children and inheritance in the future. Even if Christians were to withdraw to the deepest most hidden cave, as long as there are those who still hold to God’s values, believers are a threat to the kingdom of darkness that will not be tolerated. We need to turn the battle now and take back lost ground. While we show mercy to all, we have to have God’s values when it comes to spiritual battle. “The Lord has sworn: the Lord will have war with Amalek from generation to generation” (Ex. 17:16). We must be merciless when it comes to darkness.

“Now Amalek came and fought with Israel in Rephidim. And Moses said to Joshua, ‘Choose us some men and go out, fight with Amalek. Tomorrow I will stand on top of the hill with the rod of God in my hand. So Joshua did as Moses said to him, and fought with Amalek. And Moses, Aaron and Hur went up to the top of the hill. And so it was, when Moses held up his hand, that Israel prevailed; and when he let down his hand Amalek prevailed. But Moses’ hands became heavy; so they took a stone and put it under him, and he sat on it. And Aaron and Hur supported his hands, one on one side, and the other on the other side; and his hands were steady until the going down of the sun. So Joshua defeated Amalek and his people with the edge of the sword” (Ex. 17: 8-13). 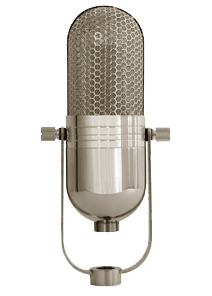 One of the key areas to exercise this authority in the next few weeks is over our media! We want to bind the spirit of enchantment, witchcraft, and deception that is painting another value system than God’s. Extend the rod of authority over every media outlet that is slandering our nation, our foundations, and God’s purposes in these elections.

There is no army of one. As we pray and fast and pull down powers and principalities, stay connected with other Spirit-filled believers in this battle. Be with Holy Ghost filled people who see clearly, see eye to eye, and who gather to worship the Lord. Moses was not alone on the hill during that battle; his hands grew heavy and were supported by Aaron and Hur. Demonic forces drained Moses of his strength. The spirit of Amalek will try to wear you down. We need to stay in community with other believers, like Aaron and Hur, who will hold up our hands in the battle. When Elijah confronted Jezebel, he won the battle in a dramatic show of God’s might on Mt. Carmel. A chapter later we see him hiding in a cave, terrorized and despairing for his life and nation. How did this happen? He believed he was the only one in the battle. Don’t allow yourself to get isolated as he was isolated. You will find that the true weapons for the end-time battles in the heavenlies are in the sanctuary where God’s people gather together.

“Then the Lord said to Moses, ‘Write this for a memorial in the book and recount it in the hearing of Joshua, that I will utterly blot out the remembrance of Amalek from under heaven.’ And Moses built an altar and called its name, The-Lord-Is-My-Banner; for he said, ‘Because the Lord has sworn: the Lord will have war with Amalek from generation to generation’” (Ex. 17:14-16).

Stay in a place of worship. In the battle against Amalek, God gave a revelation of His name: The Lord is My Banner. The battle we are in for America is ultimately a direct assault on our freedom to worship and exalt our Lord and King as God of our nation. Let us worship Him who is The Banner over us! This is not a time to be despondent, but to declare the victory that is ours in Christ. When all the slander and bad reports are coming to you, you need to begin to praise. You can agree with the reports or see what God is doing. He has given us the victory. In this hour prioritize worship. In the midst of the sludge of battle, we sing and we worship the Lord who has declared the victory.

2 Chronicles 20:22 says, “Now when they began to sing and to praise, the Lord set ambushes against the people…who had come against Judah; and they were defeated.” The Amplified Bible says that they were “self-slaughtered.” When the people of God begin to sing and praise, the Lord sends His own kind of ambushes against their enemies. Their singing and praising brought the pathway to victory. Don’t let discouragement, oppression, depression, fear, or worry get you down. The battle is not yours, but God’s. These principles apply not only for national issues, but to our own individual challenges. If you are under attack emotionally, physically, or spiritually, let me encourage you, “God wants to give you victory.” He is Jehovah Nissi for you and your family, and for America. 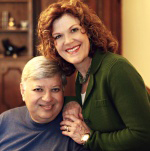