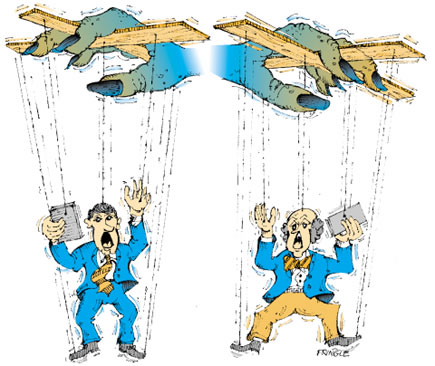 I couldn’t believe what I had heard. Holy anger boiled within me. A prominent television preacher, speaking at a major Charismatic conference, was boldly promoting “Two-Covenant Theology.” This doctrine teaches that Jewish people are saved because of the Old Covenant and do not need to believe in Jesus.

Why is Two-Covenant Theology more dangerous? At least a Christian in Replacement Theology realizes there is no other Name but Jesus in which we must be saved.

The big lie of Two-Covenant Theology is more deadly than Hitler. Gentile Christians are called by God to proclaim the Gospel to Jewish people (Romans 11:11). If Christians take the position that Jews are saved under the Old Covenant, then they never share Yeshua with them and multitudes of Jews will end up eternally in the Lake of Fire.

Now you can see why I exploded with holy anger when I heard about this public pronouncement by a major television teacher endorsing Two-Covenant Theology. I can tell you that I am a Jew and when I was growing up, I didn’t even know it was possible to have intimacy with God! Before I reached age 29, no one presented the Good News to me. I was raised in “Christian” America, graduated from a “Methodist” university, and had “Christian” clients at Merril Lynch. But no one cared enough to tell me about Jesus. I needed Yeshua and so does every other Jewish person.

I heard this report about Two-Covenant Theology (sometimes called “Dual-Covenant Theology”) just before I spoke for a conference in Houston, Texas that consisted mostly of prophets. I felt like Jeremiah with fire in my bones.

This month marks the Jewish High Holy days. Jewish people believe that on Rosh Hashanah (the day of the sounding of the shofar) they must repent of sin for ten days until Yom Kippur (Day of Atonement). They believe that at Yom Kippur their fate is sealed for the next year, just as in death, their fate is sealed forever. The greeting on Rosh Hashanah is “May your name be inscribed in the Book of Life.” Only the Lamb of God, Yeshua, gets our names in the Book of Life.

On Yom Kippur in Temple Days, the scapegoat had the sins of the people laid on him and was sent into the wilderness. Two goats were used in the ceremony. Two golden lots were drawn to see which goat would be for the sin offering and which would be the scapegoat (the one who escapes the judgment). The High Priest raised up his hands with the two lots in them, but not knowing which held which lot. His right hand was placed on the animal to his right and his left hand on the animal to his left.

Forty years before the destruction of the Temple in A.D. 70 was when Yeshua died for our sins. God was supernaturally showing that He had put an end to the need for animal sacrifices on Yom Kippur when His Lamb, the Messiah, became the final and complete sacrifice for sin.

Casting lots to select the scapegoat during Yom Kippur is a foreshadow of how God will judge the nations in the last days. Matthew 25:40 tells us what will determine a goat nation (marked for destruction) in the last days. The goat nations will be decided on one issue:“Inasmuch as ye have done it unto one of the least of these my brethren [the Jewish people], ye have done it unto me.”

The nations of the world will be judged according to how they have treated the Jewish people. The Yom Kippur law of Genesis 12:3—who will be blessed and who will be cursed—will be in force even in the last days’ judgment of the nations.

The Yom Kippur plumb line for nations, the church and individuals will be based on their position on the Jew and Israel. The shofar is blowing to cleanse the true church of anti-Semitism and open the eyes of Jewish people to Yeshua.

The first believers were all Jewish. These natural olive branches were flames of fire for the Gospel. When the door was opened for Gentiles to be saved, the wild olive branches were also grafted into the olive tree. The two anointings made up the One New Man and revival flourished. But sadly, one of the anointings (the Jewish branches) was broken off and the full glory lifted from the Body of Messiah. This was known as the Gentile age. But God promises when the fullness, or maturity, of the Gentiles takes place, the Jewish branches will be restored to once again form the One New Man (Romans 11:15, 25-26).

Because you have partnered with me I believe hundreds of thousands of Jewish people will have their names written in the Book of Life to form the One New Man. Jesus promised when Jew and Gentile became one, it would place the same glory on the church that was on Him! (John 17:20-22).

I speak the blessings of Genesis 12:3 and John 17:21-22 on you as we go to the lost sheep of the house of Israel at this set time to favor Zion!

In 1999 I received an e-mail from Howard, a pastor in Lilongwe, Malawi in Africa. Someone had given him one of my cassette teachings about Israel and the Jewish people. God told him to mobilize prayer for the Jew and Israel. So he contacted me to say that he wanted to establish Messianic Vision Malawi.

Next, he began a persistent e-mail campaign asking me to speak at a pastors’ conference in Malawi. Every year for seven years he would place the same request.

In the meantime, he mobilized 28 churches to also pray for the Jew and Israel.

Persistent prayer pays. As Bishop Howard says, “Pray till something happens.” Last month, God answered his prayer. Joy and I went to Malawi.

We had an evangelistic meeting in which many were saved. The following Sunday, Howard’s church, which usually has 70 people, increased to 100 with over 30 new believers.

But my heart broke over the extreme poverty in that beautiful land with such beautiful people. God gave Bishop Howard a mandate to work with the poor in Malawi. He introduced me to orphans who do not have enough to eat. We agreed to rent a house, hire workers, and feed and clothe his first orphanage.

Only God knows what happens to the hundreds of thousands of tapes and CD’s we have distributed over the years. But this one teaching cassette resulted in massive prayer for the Jew and Israel—prayer that persists until something happens! Thirty Africans were saved and are in process of becoming discipled. And now we are starting a Messianic Vision orphanage in Africa.

God’s Word is true. When you go to the Jew first, He opens a great and effectual door to bless the Gentiles. Because of your trust and faithfulness to our ministry, you are a blessing and blessed by the God of Abraham, Isaac, and Jacob in Yeshua’s name.

While in Africa, I met members of the Samburo tribe. They do not mix meat and dairy, they circumcise their males, and place blood on the doorpost and eat a lamb on Passover. Sound familiar? They were told they originated from the region near Egypt. Could these be remnants of the lost tribes? I believe they are!

When we were traveling to Ethiopia, a young man came up to me and said he watches my television show, It’s Supernatural! He told me he was an Ethiopian Jew. One night a fire came into his room. A voice revealed his sins and asked him to repent. Then God showed him his future. God said he would travel the world as an evangelist with signs and wonders. He wondered how it could be possible because he was raised in a small village and had no education. He could not even speak English. Today, he speaks English and ministers all over the world. Another lost tribe heard from in Ethiopia! 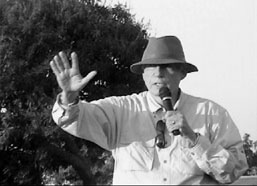