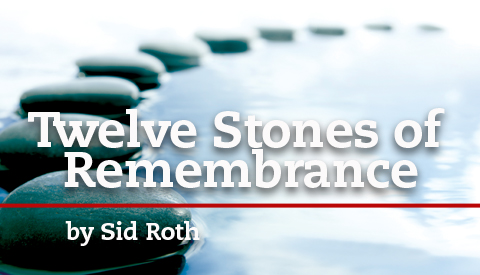 This is our ministry’s 35th anniversary. At a recent staff prayer meeting, my wife Joy, with tears in her eyes, expressed how grateful we were to God for our new It’s Supernatural! Media and Mentoring Center in Charlotte, NC. She said it reminded her how the Israelites were instructed in the Old Covenant to place stones of remembrance to remember the miracles of God. She said, “If we placed a memorial stone for every miracle in our ministry, we would not have space enough to contain them all.” 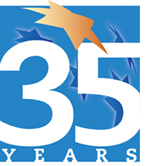 When Joshua supernaturally crossed over the Jordan, the Lord told him to take twelve stones to commemorate this profound encounter with God’s power (Joshua 4:1-7). That way the memory would never become dim.

In this article, I am placing a stone of remembrance for each of twelve major God encounters in my life and ministry. Interestingly, twelve is a God number. There are twelve stones on the High Priest’s breastplate representing the twelve tribes of Israel. As a friend and partner of this ministry, I’d like you to join me in thanking God for what He has accomplished!

A Jew Rescued from the New Age. I will never forget my salvation. At age 30, life had become so difficult, I didn’t want to live. I had opened myself up to evil through the New Age. When I prayed, “Jesus, help!” the presence of God flooded my room and I had a revelation that Jesus was my Messiah! God instantly delivered me. Then He restored my mind, marriage and family.

Washington Daily News. In 1972, a reporter for a major newspaper in Washington, DC interviewed me for a front-page article called, “White Collar Jesus Freaks.” Since he was Jewish, I shared some personal things that I hoped would help lead him to the Lord. He promised me that part of the conversation would be “off the record.” But everything he promised not to print was in the article. It created a difficult situation with my family. My father in particular was embarrassed that I was so outspoken for Jesus. However, the article opened the door for me to have a national ministry. Kathryn Kuhlman, a renowned television evangelist, saw the article and booked me to be on her TV show. The speaking invitations that started then have never stopped. Even Oprah Winfrey, before she was well known, interviewed me on her television program in Baltimore, Maryland. I remember how upset she was that I was a Jewish believer in Jesus.

My major motivation was that perhaps it would help reach my Orthodox Jewish father with the Gospel. It didn’t have an impact on him. But as a result of hearing the Old Covenant prophecies about Israel and the Messiah service after service, my wife became a believer, for which I will be eternally grateful. We celebrate our 47th wedding anniversary this month!

By the way, years later my dad became a believer when the Holy Spirit overwhelmed him in his hospital room just before he died. God is so good!

Messianic Vision Radio. I was compelled by the Messianic Jewish Rabbi of our congregation to be the announcer for his radio show. I never wanted to be behind a microphone. When it came time to record the show, God made the host so supernaturally busy that I was forced into hosting it. I was pushed into radio. Then I realized God had gifted me in that area.

With a small cassette tape recorder, I started a five-day per week radio show called Messianic Vision in February 1977. Several years earlier, God had placed me in the oil business. It prospered so much I had the funds to proclaim the oil of the Holy Spirit and start this ministry.

Shavuot ’88 (Pentecost). In 1988 I hosted the  largest Messianic Jewish conference and tour to Israel in 2,000 years! Joy and I were overwhelmed as we walked down the aisles of the El Al jet packed with 476 predominantly Messianic Jews headed to celebrate Shavuot in Jerusalem. I believe something broke in the spirit for Jewish evangelism on Shavuot 1988.

St. Petersburg, Russia Festival. In 1993 my friend, Jonathan Bernis, asked me to speak at his first Jewish evangelistic meeting right after Russia opened up to freedom of religion. I could not believe my eyes as I witnessed thousands of Jews pouring to the altar when Jonathan and I gave invitations. I believe the increase of Messianic Jewish congregations in Israel is the fruit of our pioneering evangelistic efforts in those early years.

Brooklyn Messianic Jewish Congregation. In the early 1990s, I did evangelistic work in Brighton Beach (Brooklyn), New York, home to 100,000 Russian Jews in a ten-block radius. When I started winning many to the Lord, I founded a congregation that is still in existence today. I remember the Orthodox Jewish protests against my meetings had the police so concerned they erected barriers and came in force to protect me.

Project 77. We have mailed over 800,000 copies of They Thought for Themselves to Jewish homes in the U.S. and Canada as part of our Project 77 campaign. Believers are praying for these Jewish people by name for their salvation. This is the first time so many North American Jewish people have received a witness of the Messiah and been prayed for by name! The feedback and fruit has been amazing!

It’s Supernatural! Television. In 1995, I got a call that a supporter had given $25,000 to Crossroads Communications in Canada to be used for a television show for Sid Roth. I did not have a TV show, nor had I given it much thought. But God pushed me again. I remember my first TV show. I was so nervous. But God quickly gave me a supernatural gifting for television.

International Media and Mentoring Center. I have just moved to Charlotte, NC and am writing from my new office. We went from a 7,500 squarefoot office in Brunswick, Georgia to over 40,300 square feet. Yesterday, we produced our television show in our own studio for the first time. The old set was top quality by Christian TV standards. The new set is top quality by secular TV standards. In March we will produce our first television show with a studio audience. We will notify you in the future how you can get tickets to attend a TV production.

I see us producing different television shows and DVDs that will equip Christians to be normal. Being normal based on the Bible is to be naturally supernatural!

When I see our new studio, new television equipment and our new staff and building, I am in awe of the greatness of God.

Please pray about sowing a special gift as your point of contact for the manifestation of your vision. I have learned that by partnering with a godly ministry financially, the anointing on that ministry as well as financial provision for you to expand His Kingdom comes upon your life.We are just in the infancy of what God is going to do. Why has God called me at age 71 to this new expansion? Why me? I know I am the least likely. Then I was reminded of Abraham. Why did God pick a man at age 99 to father a special people? Because God would get all the glory.

Our overhead and expenses are outrageous. In the natural, at age 71 in a down economy, this Media and Mentoring Center makes no sense, but God…

When I first saw the building in Charlotte two years ago, I said it was too big. Now I believe it is too small. We are just in the infancy of what God is going to do! But I know He is in a hurry. He is positioning us to be part of capturing and equipping the greatest harvest of souls in history!

God has a destiny for you and I want to help you fulfill it. Why is mentoring and fathering so important to me? As a new believer, I destroyed my relationship with my Orthodox Jewish father because of my bold witness for Jesus. Not that the relationship was so good to begin with.

Then, even before I had read the entire New Testament, my speaking ministry exploded. It was a miracle and the grace of God I didn’t fall. I was born again, but my character had not changed. I was a “Jacob” being formed into an “Israel.”

I wish I had had a mentor or spiritual father. I would have avoided so many mistakes and accelerated my growth.

But through the Scriptures and my deep relationship with the Messiah, the Holy Spirit discipled me.

I want to mobilize the sleeping giant — the church. Aren’t you tired of being a spectator? God has a destiny for you. I will do everything possible to help you fulfill it. You are not meant to be a spectator. It’s the last act and the play is almost finished. Get ready. Your name is being called. Will you step forward? Will you be ready?

It is my heart to help with spiritually mentoring and fathering you. Thank you for your trust.