Shavuot (pronounced shah-vu-ote) arrives on June 11-13 this year, 2016. This is the anniversary of Moses receiving the Ten Commandments from God on the mountain somewhere between 1500 and 1250 BCE. (Dates vary.)  It is also the celebration of Pentecost which took place on the same day in the Hebrew calendar 50 days after Yeshua rose from the dead in the first century A.D.  They are really the same holiday, the celebration of God entering the affairs of men in a profound way. One, Shavuot, to teach people how to live as the community of God and the other, Pentecost, to empower them to do so.

It is a well known fact that 3,000 Israelites died as a result of a violation of Torah, which includes the Ten Commandments, and that on Pentecost 3,000 Jews entered the Kingdom of God on that Shavuot when the Holy Spirit came upon the Believers. Moses received the Commandments when he climbed up the burning mountain at God's command, walking into the midst of the fire and bringing a whole new reality of God to Israel. John the immerser (baptizer) said of Yeshua, "He will baptize you with the Holy Spirit and fire." (Matt 3:11) At Pentecost tongues of fire came upon each Believer in Yeshua's resurrection bringing those who were there and ultimately the whole world into an entirely new experience of God, an experience which continues to be available to all who come to God through the atonement of His Son.

Both events brought the commandments of God to us. God gave 613 mitzvote (commandments) to Israel while Yeshua who came as fulfillment of those mitzvote, added one other which He said was the culmination of the 613: "Love one another!"  That's it.  Love God and love each other. Pentecost initiated the living that out for the thousands that came to faith in Yeshua, as the book of Acts tells us. Shavuot is a good time to remember that above all, Yeshua Himself was the Word. He was the word God gave on Mt. Sinai and the message of Pentecost. He is the center of all that we celebrate. Shavuot (or anytime for that matter) is also a good time to ask God to fill you anew with the Holy Spirit and with fire. It could be that you too might speak a word under the anointing of God that will bring others to Yeshua. You too may become an instrument for healing and signs and miracles in people's lives. Being baptized in the Holy Spirit brings the faith of Yeshua to us. Take a faith-risk! Then take another one. This is the season to enter into entirely new experiences of God.

As articles abound on the Internet about every topic you can think off, it's expected that there would be quite a number about Shavuot as it approaches.  I received an email with the following questions generated by one such article. I offer you my answer below for some food for thought.  Hag Sameach (Happy Holiday).

Q.    I recently read an article by a rabbi that said, quoting Ex.20:15-16 that Jews at Mount Sinai actually "saw" sounds when Moses received the Ten Commandments. The rabbi who wrote the article said that the nature of communication between "the ineffable, transcendent God" had to be fundamentally different from any communication man has known and that likely the normal boundaries between sight and hearing were altered in the experience. He believes the Israelites "saw" the words and that's what frightened them. He also said that Moses received all 613 commandments at one time from God. How amazing! You have done some programs about sound creating matter, like God saying, "Let there be light" and it was so. Might you be able to give me some insight on this?

A.   It does have a ring of Jewish mysticism. These often include some rather bizarre justifications for the supernatural in Scripture.  There are several aspects to address here. For one thing, it is obvious that the rabbi who wrote this has never had God speak directly to him or he would know that God made us for communication with Himself.  Whenever Moses reports any of his discussions with God they are always in language he can understand quite normally. However, our sins separate us from God so that we cannot hear Him for ourselves. Evidently this rabbi has not yet had the experience of accepting Yeshua's atonement for his sins so that he is still acutely aware of the separation between himself and his "ineffable transcendent" God.  (May I suggest you stop reading for a moment and pray for this rabbi and all rabbis that the veil would come off and they would come to know their Messiah and hear the voice of their God. Amen.)

As for "seeing" the words of the Ten Commandments, the word "ra'ah" in Hebrew can mean saw, looked upon or perceived.  While some Hebrew/English translations do use the word "saw" with regard to the sounds they heard, the Jewish Publication Society (JPS) Holy Scriptures says, "And all the people perceived the thunderings, and the lightnings, and the voice of the horn, and the mountain smoking; and when the people saw it, they trembled, and stood afar off."  (Ex. 20:15,16 JBS)

The NKJV says, "Now all the people witnessed the thunderings…"  (20:18 — note the address numbers differ slightly from JBS numbering.)  It appears that the people observed or perceived or witnessed what was visible and in the midst of all that were the sounds of the shofar (horn) and of thunder which they could have interpreted as the voice of God. There is an example in the New Covenant where "a voice came from heaven…[and] the people who stood by and heard it said that it had thundered. Others said 'An angel has spoken to Him.'" (John 12:28, 29) However, there is nothing in the text to indicate anything relating to "seeing the sounds" of the Ten Commandments as God gave them to Moses.

All the manifestations of His unapproachable quality did not mean that God wasn't able to communicate directly with Moses whom He allowed to come near.  Again, I believe this premise of some altered way of communicating comes from the sense of God being "ineffable" to our rabbi friend, which means: indescribable, indefinable, inexpressible, beyond words, overwhelming, unutterable and unspeakable. While I agree wholeheartedly that God is magnificently above all we can imagine in His holiness and power, yet how personal and intimate and tender He is with those of us whose sins are forgiven so we can draw near to Him. We can know Him personally!  He is not far off and indefinable. How exquisitely close He is to us! This overflows my heart with gratefulness for what Yeshua did in putting to death through His own death the separation that kept God so far away from us.  Hallelu-Yah!

Back to our topic. It is highly unlikely that Moses received all 613 commandments in one fell celestial swoop from the Almighty based upon Deut. 31:9 which says, "So Moses wrote this law (Torah) and delivered it to the priests, the sons of Levi, who bore the ark of the covenant of the Lord, and to all the elders of Israel."  First of all, the text tells us that Moses wrote the Torah, he didn't just carry it down the mountain already written — not to mention that tablets containing 613 commandments would have been more "rocks" than he could possibly have carried in one trip down the mountain and we're not told of him going up and down to shlep (carry) down more tablets.

Even later, after the seventy elders came part way up the mountain and worshipped from afar, Moses then "wrote (down) all the words of the Lord" (Exodus 24:4) and read all the words of the Covenant to the people. It would appear that it was all written down by then but again God tells Moses to "Come up to Me on the mountain and be there; and I will give you tablets of stone, and the law and commandments which I have written, that you may teach them." (24:12). It appears that Moses is now not to just record God's words but to teach them as well. This is all to say that the writing of the Commandments evidently took place on more than one visit with God on the mountain and in some cases God Himself wrote them on stone tablets and in other cases Moses wrote them down.

While there might be much we could say about sound or voice creating matter — even just knowing that life and death is in the power of the tongue (Prov. 18:21) and what words can cause to happen in that regard, that the Israelites could "see" the words of the Ten Commandments when God gave them to Moses or that Moses received all 613 at once may make for good Jewish mystical midrash, but it doesn't seem to work Scripturally. 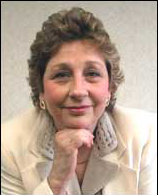