Pick Up the Sword! 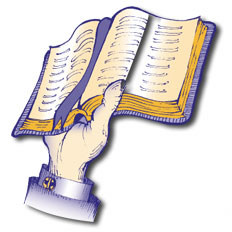 As I write this article, it is just a few weeks after the US November elections. Something happened in this election that was “tangibly supernatural.” I know many of the intercessors who receive this newsletter were involved in strategic, focused prayer for this election and especially for this country.

As we got near the final weekend of campaigning before the Tuesday election day, the national polling organizations were saying that the presidential race was very close or “too close to call.” Even during election day I felt that the direction of the election was still in the balance. I believe that many of us got on our faces before the Lord that day and prayed for mercy on this nation. I believe that He heard us and turned out many millions of voters whom the pollsters later identified as those whose decisive issues were “moral issues.” Something supernatural happened that day. In various ways the church in this nation and around the world did warfare in the spirit to bring about a result that we, in the natural, could not have achieved.

But now what? For this new year of 2005, now more than ever, the church must be a warrior for the King. The King is coming. He is returning soon. I don’t know when, but He is stirring us now to prepare the way of the Lord! He is asking us to pick up “the sword of the Spirit, which is the word of God” (Eph. 6:17).

There’s a hymn I used to sing in Sunday School as a kid— “Follow the Gleam.” It was my favorite song, though I did not understand all that the song was about. It is a song about the vision of God that inspired the knights in days of old. But the second verse is addressed to “we who would serve the King” today, and loyally Him obey. We are urged, “Follow the gleam of the Light that shall bring the dawn.”

As wonderful as recent spiritual victories are, they are nothing compared to the return of the Light of the World, Yeshua our Lord, King of all Kings and indeed the rightful heir of King David. I hear the sound of the knights of the Army of God, as they ride to war on behalf of the King!

So pick up your swords, soldiers of God! Keep your focus on our King and on His soon return, and keep fighting for His truth in this earth. We must keep praying for Israel in this difficult hour, as her choices narrow. Israel is the apple of our King’s eye. And we must keep praying for the souls of people, but particularly for His Jewish people. I believe that much of gospel seed that was sown in years past is now germinating in people’s lives. And, as Sid says, time is running short.

Because the Light is about to dawn….