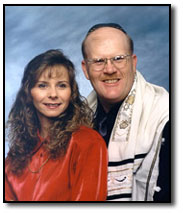 Passover is one of my most favorite Biblical Feast Days (The other is Sukkot or Feast of Tabernacles). Passover is directly associated with revival, a time when God meets us, and we meet him. What is revival? Webster Dictionary defines revival as the following: “1: an act or instance of reviving: the state of being revived : as a : renewed attention to or interest in something b : a new presentation or publication of something old c 2 : restoration of force, validity, or effect (as to a contract).”

The Passover story explains the story of the 10 plagues God wrought against Pharaoh and the Egyptians in order to secure the release of Israel from the clutches of oppressive slavery. The last and 10th plague, the Death of all the First Born was kept from the Israelis by applying the blood of a slain Lamb to their lintels and doorposts (Exodus 12:13-14).

Passover is a Feast of the Lord, not a Jewish Holiday! Leviticus 23:1-2 (NIV) The LORD said to Moses,

All Jewish households pause during the Biblical month of Nisan to celebrate Passover, or Pesach in Hebrew, for three prescribed reasons: 1. To remember what God has done for us. 2. To teach our Children God’s Word and power. 3. To relate what God will do for us! After the Children of Israel wandered in the desert for 40 years, Moses died and Joshua took his place. When the Israelis entered into the promised land for the first time it was during Passover (Joshua 5:10-12.)

The first Passover celebrated in the Promise Land meant partaking of the blessings of the Land. For the first time in 40 years the Children of Israel did not eat Manna from Heaven, but the fruit and crops of the Promise Land. Passover to them meant the fulfillment of God’s promise concerning the Land of Israel.

Israel prospered in the Land and in time were given God appointed Kings to rule over them. First King Saul, then King David, then King David’s son King Solomon who built the Lord a Temple in Jerusalem replacing the Tabernacle that had been used since the days of wandering in the desert. Solomon’s Temple was one of the seven wonders of the ancient world. Historians describe this building as one of the grandest and most beautiful structures man has ever laid eyes upon.

It’s hard to imagine that by the year 712 B.C. Israel was so involved in sin and Idol worship that the wicked King Ahaz closed Solomon’s Temple, ceasing all activity and nailing the Temple doors shut! King Hezekiah who reigned after King Ahaz did what was pleasing to the Lord. King Hezekiah cleansed, purified, and reopened the Temple. It took Hezekiah between 7-10 years to destroy all the idols, cleanse the temple, and retrain Priests to begin sacrificing and performing Temple services.

When the Temple was finally ready to open, it was one month past Passover. King Hezekiah prayed and asked God’s permission to celebrate Passover one month late and the Lord said yes. Read what happened! (II Chronicles 30:6-27).

The people gathered together, had a strong desire to unite (One New Man of Ephesians 2:15), confessed their sins, and God healed them! That is true biblical revival! The Ruach EloHim (Spirit of God) moved so mightily that they continued the celebration for another week! WOW! This same effect happens again during King Josiah’s reign over 100 years later (II Kings 23:19-25.)

This happens once again almost 200 years later when the Children of Israel return from captivity in Babylon (Ezra 6:19-22). Do you begin to see the biblical pattern concerning Passover. It is a time of great joy, reconciliation, and healing!

One more supernatural Passover celebration brought the greatest revival ever recorded in Heavenly History — the coming of Messiah Yeshua!

Luke 22:14-20. (NIV) “When the hour came, Jesus and his apostles reclined at the table. And he said to them, “I have eagerly desired to eat this Passover with you before I suffer. For I tell you, I will not eat it again until it finds fulfillment in the kingdom of God.” After taking the cup, he gave thanks and said, “Take this and divide it among you. For I tell you I will not drink again of the fruit of the vine until the kingdom of God comes.” And he took bread, gave thanks and broke it, and gave it to them, saying, “This is my body given for you; do this in remembrance of me.” In the same way, after the supper he took the cup, saying, “This cup is the new covenant in my blood, which is poured out for you.”

Yeshua was crucified on the first day of Passover 2,000 years ago after celebrating the Passover seder with His disciples. His blood was shed as a substitute sacrifice for you and I fulfilling Leviticus 17:11 (There must be blood for sin). Yeshua brought forth the true understanding of God’s Word. Because Yeshua is your substitute sacrifice, you have the ability to enter into the Holy of Holies and have a personal relationship with Abba, Father, God, our creator.

Yeshua brought us to a place of intimacy with God that humankind had not known or experienced before, revolutionizing the Kingdom of God. The ultimate revival has commenced. Because Yeshua died, you have a personal relationship with God that does not require a Priest, Rabbi, or Pastor. You are healed, reconciled, restored, and set free from the clutches of death forever by the blood of God’s Lamb (Yeshua) sprinkled over you!

From Sid, the Staff of Messianic Vision, and Myself-Chag Sameach! Happy Holidays!