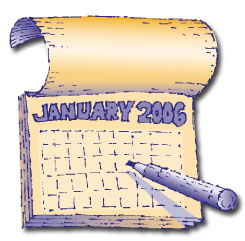 Here we are again, at the head of a new secular calendar year. To begin our new year of prayer, I would like to share some important prophecies that have been spoken over Sid and Messianic Vision in the past several months. These are not the complete prophecies, but are my summaries of the main points. Please use them as a springboard for prayer. It is interesting that some of the most significant prophetic words were spoken to Sid by believers who did not know him or his ministry.

1. God is laying His hand on Sid in a fresh way and giving him a new touch of His glory.

2. Sid will touch many nations with renewed strength in his body, his relationships and his finances.

3. Greater doors will open, and Sid will speak prophetically to heads of states and over nations.

4. Sid’s vision for his ministry will be renewed.

5. Sid will walk fearlessly, accompanied by angels who protect him from harm.

6. Sid will receive a greater revelation of the heart of God over the next three years.

7. Everything in Sid’s life up to now has been to prepare him for the next season, and the next three years are crucial.

8. Sid will set certain things in motion by declaring the word of the One New Man.

9. God is giving Sid new authority to accomplish what He’s asking him to do in this season.

10. One of the prophecies spoken over Sid was organized around the word “FATHER.” Each letter of that name stands for a particular phrase or word describing Sid’s “fathering” ministry to the Body of Messiah. I have summarized the prophecy as follows:

F — “Full of faith.” Father God is revealing mysteries to Sid about faith being the substance of things hoped for.

A — “Anointing.” Anointing like a fountain will flow from Sid’s life to touch others, especially his “armor bearers,” so that they move in spiritual gifts, dreams and the supernatural, seeing into the spirit.

T — “Truth.” The correction of error will be a massive part of Sid’s call in the next season of his life. God is calling Sid to set a plumb line in the house of Israel, having something to do with faith being substance and with anointing for the supernatural within the grid of the written Word of God.

H — “Heart.” All of what God wants to do through this ministry must be based on a heart connection and covenant relationship — just as Aaron carried the stones of the tribes of Israel on his breastplate over his heart. Love is the conduit to the supernatural power of God.

E — “Eternity.” Sid will peek into the things to come and prepare this generation for the decades to come by declaring what he sees. In dreams and visions Sid will behold the eternal purpose of this generation.

R — “Revelation.” Sid is a revelator before his time. The revelation of Messiah is central — concerning the Cross, the Redeemer, the Son of God we await.

From the proclamation of both the One New Man and the Kingdom being at hand comes the unified Bride for whom Yeshua is searching. Doors will be opened through which the Bride may enter into the reality of that Kingdom — just as Yeshua did by appearing to walk through a wall but, in reality, walking through a spiritual door.

I suggest that you use this article as a prayer guide for Sid — and for you. To the extent that you have sown your prayers and support into this ministry, you can operate in the same kind of blessings and increased anointing that operates through Sid and Messianic Vision. You are part of it.

Expect to move in a greater level of the supernatural in the coming year. Faith is the confident expectation of things hoped for — right? Take that expectation into the marketplace and make the heart connection.

And keep on praying for Sid and Messianic Vision, as the Lord directs!