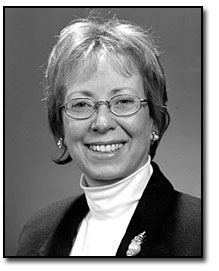 Dr. James Richards has written a life-changing new book called Stop the Pain, which suggests some ways to let go of pain and suffering. Sid Roth recently interviewed him for the Messianic Vision radio show.

“The secret of ending the pain cycle,” Dr. Richards said, “is to realize that pain and suffering are two different things. Pain is inevitable but suffering is optional. Pain is momentary, but suffering can last a lifetime.

“Suffering is caused by our reactions to the inevitable pain of living. When we react to pain by forming harsh judgments, we set in motion actions and beliefs which create more problems. For example, if we react to emotional hurt by becoming resentful or depressed, we may open ourselves up to illness.”

Dr. Richards has first hand knowledge about suffering. He grew up in a rough and violent home; his father abused both him and his mother, and tried to burn their house down. When his mother later remarried, his stepfather was also violent toward him, and even tried to stab him while he was sleeping. After he grew up, his emotional pain led him into a number of bad situations and he fell into despair.

Fortunately, he heard the call of God and turned his life around. Today he has forgiven his stepfather. He has become a pastor, and has spent more than twenty years ministering to drug addicts, alcoholics and other sufferers, helping them find freedom through the Messiah.

Dr. Richards said, “I have learned that suffering comes not from the events in our lives, but from the significance that we attach to those events. For example, I once counseled a lady who was bitter that she had not gotten a Barbie doll as a child. She believed that her mother had denied her that doll because she did not love her, and she carried the feeling of rejection into every relationship she had. Not getting a doll had actually hurt her more than getting stabbed had hurt me, because of what it had meant to her.

“Judgments about why people have hurt us can become a deep part of us, affecting the way we feel about ourselves and how we act toward others. This can open us up to sickness, rejection, failure and all sorts of problems.

“For example, a child may have believed that she was at fault for her parents’ divorce – if she had been more lovable, things would have been different. As a result she may judge that she is fundamentally unlovable. Consciously or unconsciously she will work to confirm that judgment, and continue to experience rejection in her relationships.

“We can only guess at why someone has hurt us, because we can’t really know what is inside them. Often we are wrong, but that doesn’t lessen our tendency to judge, or the effects of the judgment.

“For example, a mother may believe certain situations are dangerous and she may ‘over-protect’ her child. Her child may not like being limited, however. He may interpret the protection in a negative way, as meaning his mother thinks he is stupid. Then he carries that judgment around with him.

“We are supposed to be discerning to observe peoples’ track records and try to make wise decisions, without trying to analyze why people did what they did. There is an important difference between observation and judgment. If someone owes you money, that is their track record. When they come wanting to borrow more, you should keep their track record in mind. That is observation. It is not necessary to judge why they did not repay you.

“It is God’s role, not ours, to judge another person’s heart and to punish sin when needed. This keeps us from holding on to pain, and turns the problem over to Him where it belongs.

“Another way we can end suffering is to release the judgments we hold against ourselves. If a person believes she is unworthy of success, a lot will go wrong in her life.

“We will suffer unnecessarily until we release our judgments and renew our minds about who we are in Jesus. Over 200 verses tell us who we are in God’s eyes – priests and kings, loved and accepted of God. We are partners with God, vessels of the Holy Spirit, and we were bought with a very high price. We should make it our purpose to learn to see ourselves this way.

“A low sense of self worth is a far greater threat than most people realize, and a terrible form of pride. It is a way of saying what we think of ourselves is higher than what God says about us.”

Whether the judgments that we hold are against ourselves, other people or against God, Dr. Richards believes that we will walk in greater peace and freedom when we let them go, and when we renew our minds with the way God really sees us.

Linda Josef is a Christian psychologist who is working on a book about supernatural healing with Messianic Vision. The book should be available in the next few months. If you have a story of healing that you would like to share, or wish to ask questions or make comments, you can write to Linda at ljosef@usa.net.