He is Faithful that Promised

He is Faithful that Promised 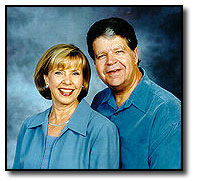 Two weeks ago, while reading through my mother’s old King James giant print Bible, I came across the sermon notes that I had used to preach her funeral service in December 3, 1986. The message was entitled “He Is Faithful That Promised”, taken from Heb 10:23 KJV. It brought tears to my eyes as I remembered her life, full of faithfulness and virtue. In the face of hard work and many disappointments, she found that Jesus was faithful as He promised. She never lived to see us actually plant the new Toronto church which would start one month later in her living room. I began to reflect how this same God has been very faithful to me. What was to become the Toronto Airport Christian Fellowship started from that humble beginning. Several from our Stratford church came along every week, and we began to have a weekly cell meeting in my mother’s home.

Seven years later, almost to the day, The Holy Spirit fell on us during those unforgettable meetings with Randy Clark, beginning on January 20th, 1994. I vividly remember being more excited than I had ever been before, yet at the same time, being completely overwhelmed by the power of God, the intensity of the meetings and the sheer numbers of people who were coming from all over the world to ‘Catch the Fire’ of His love and power. In the midst of being somewhat bewildered and often “Oh Lord, what do I do?” He responded instantly with one word. “ASK.”

I have endeavored to do that often and about everything. Lord do you want another conference? Who should we invite as speakers? Who should do worship? What invitations should we accept? Do you want us to go to Australia? Japan? Ukraine? Indonesia?

Looking back now over ten years of revival, I can say again as I did at my mother’s funeral, “He is faithful that promised.” God has been with us continually fulfilling the biblical promise He made, “I will never leave you or forsake you!”

THE IMPACT OF THIS OUTPOURING
This revival has cost millions of dollars to host. We have spent thousands and thousands of hours traveling to the nations of the world spreading the fire. Looking back now, we see that it has made an impact on thousands of churches and pastors, and millions of lives have been touched and changed forever.

The church around the world is not the same at all as it was ten years ago. There is an expectation that the presence of God should turn up in the meeting. People are hungry for a divine encounter. They want to experience the power of God and the intimate Presence of God. The thousands of dynamic testimonies we keep hearing continue to impart faith that God will touch and revolutionize my life also.

So here we are, ten years on, and the fire is still gloriously falling. Our Catch the Fire Ten Years On conference last October was packed out and fantastic. Allow me to share this wonderful testimony of Pastor Patrick Halferty who attended our recent Father Loves You Conference.

“I am a pastor. I have been aware of TACF since the renewal broke out in 1994 though I had never attended a conference at the church. When I heard that Floyd McClung was a speaker for The Father Loves You Conference, God summoned me to attend. I was saved in Amsterdam in 1984 when Floyd was living there, and since YWAM took me in for ten weeks, I had opportunity to hear Floyd preach on Sunday nights.

At the Thursday afternoon workshop led by John Arnott on “Renewal Questions and Answers,” all of us who attended the workshop lined up for prayer after the workshop. John came by and put his hand on my head and down I went! This had never happened to me before, and ironically, I had preached against it because, “It’s not in the Bible”—or so I thought.

On the carpet I went through a series of physical manifestations which included burning heat passing through my body, shaking, neck jerks, and deep, deep breathing. The whole experience lasted about half an hour. For the rest of the day I felt as light as air and so incredibly clean! At that point I felt that God had done a cleansing work in me, and I needed it because as a pastor you internalize a lot of junk during the course of fulfilling your calling.

However, I wasn’t prepared for what happened later that night as I lay in my bed thinking about the day. God began to speak to me and to interpret for me the meaning of the physical manifestations.

The following is what God said to me:

Burning heat: God said, “I have burned the message of the Father’s love into your life and ministry – preach it and teach it!”

Shaking: God said, “I have shaken out of your life the remaining theological prejudices you held against the Holy Spirit.”

Neck jerks: God said, “You have been stiff-necked in your walk with me. Through the neck jerks I worked the stiff-neckedness out of your life.”

Wow! I still tingle when I talk about it! Needless to say, God did a tremendous work in my life at the conference.

Since returning home I have been on a high’ with no signs of coming down. I have been “soaking” daily in God’s presence, and I am filled with a sense of personal renewal for life and ministry. I have already registered for the Pastor Conference in January, and I am bringing my wife and several other pastors along with me…”

Patrick’s story has been repeated thousands of times over. It is a simple story really. It tells the sad tale of how all of us had grown accustomed to low power and low anointing, trying to see God’s Kingdom come in our lives and ministries as best as we could. Then suddenly, unexpectedly, because of desperation and hunger and a heart cry that “there must be more,” we had a divine encounter with God, the Holy Spirit, and everything changed. We found ourselves overjoyed at the nearness and dearness of God. We began shouting, “He is faithful that promised!”

HE HAS LAUNCHED US TO THE NATIONS
Many hundreds of us have been released into ministries with many times the visibility and influence that we could have ever imagined. I remember an interview with Randy Clark when he was asked by Christian media just what he thought about all of the notoriety that brought him so many invitations to come and do meetings. Randy in his humble and unassuming way replied that God had done exceeding abundantly above all that he could have ever asked or even thought.

All of us who were together in those early years of 1994 and 1995 can say the same thing: Wesley Campbell, Che Ahn, Ken Gott from England, Bill and Melinda Fish from Pittsburgh, David Campbell from England, to name a few, and certainly all of our own team in Toronto, beginning with Carol and me. I look at what God has done with us, and I too can say, “He has done exceeding abundantly above all I could ask or even think. He is faithful that promised.”

All of our senior team members are sought- after international speakers: Stephen Long, Mary Audrey Raycroft, Duncan Smith, Stuart and Lynley Allan, John and Trish Bootsma. We have all grown in faith and the ability to exercise our gifts, because He is faithful that promised. I look at the amazing work being done by Rolland and Heidi Baker in Mozambique and the nations of southern Africa, and I can say with them, “He is faithful that promised.”

WHAT’S COMING?
So now what does the year 2004 hold for us? The spiritual temperature in North America is rising. New feature films exalting Jesus Christ are now playing or about to be. Carol and I just watched “The Gospel of John,” and it was fantastic! Mel Gibson’s film on the Passion of Christ is due to be released soon and will have tremendous impact. These are signs of growing spiritual hunger.

“Time Magazine” (Canada) just did a cover story entitled, “Canada, A Nation at Prayer.” (Nov. 24 / 03) The article reads, “Empty churches? They don’t tell the whole story. A new poll shows that Canadians are increasingly in touch with their spiritual side.’

Are these events indicators of anything? Yes, indeed they are. God is visiting His people. Hearts of believers are again on fire for Christ, and an abundant harvest is about to be gathered in for the glory of God.

Thank you, Lord Jesus. We are entering the Church’s finest hour. We anticipate Your soon return for your bride with hearts that are filled with joy unspeakable and full of glory. Help us to continue to be dreamers of impossible dreams, as we are challenged to think bigger and bigger. Your Kingdom is coming, Your will is being done on earth as it is in heaven. And you are faithful that promised.