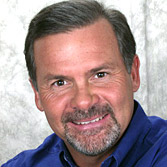 Over the course of several weeks the Holy Spirit has once again given several prophetic experiences pointing to the coming apostolic movement. Although the Western Church has several ministries that are functioning in apostolic ways, we have yet to see the true demonstration of New Testament apostolic ministry the way it will be revealed before the end comes. It is crucial at this point in history that we as a generation not settle for anything less than the fullness of our Biblically defined heritage.

Clearly we are living in what the Bible defined as the “end of the age.” Even so, the Word is emphatic that the Gospel of the Kingdom must be preached in all the world before the end can come. There is a Gospel that has been preached throughout the world, but not the Gospel of the Kingdom in its fullness as outlined by Scripture and demonstrated by the Lord Jesus Himself and His early apostles. Nevertheless, because time is short, the imminent emergence of this ministry is apparent for a quick work to facilitate the great harvest.

This ministry will come forth not only with insightful revelatory messages of divine truth but also miraculous demonstrations of power through righteous vessels of honor and valor. There is something coming that has not yet been given birth that will provide clarity and identity to numerous ministers and ministries to facilitate their mandate and accomplish their commission. We must hold out for the best wine!

Several years ago the Lord gave me a very compelling prophetic experience or vision to depict the qualities and nature of apostolic ministry according to His definition. In the experience a heavenly messenger entered a room with the loud and definitive announcement, “The Apostolic is coming.” As he did, a voice of ultimate authority echoed from Heaven saying, “The Apostolic IS coming.”

With that affirmation, the messenger continued, “We had better get a good understanding of apostolic ministry under us…for it will be on top of us before we know it. Samuel is a type of this apostolic leadership. The Lord let none of his words fall to the ground nor did he beg his bread from the people.”

The Spirit of Prophecy
In this experience the Lord indicated valuable attributes through the life and ministry of Samuel the prophet, depicting qualities He desires to impart to the apostolic leadership soon to emerge. Careful study in Samuel’s life provides key secrets to help qualify for this mandate and touch the Father’s heart in preparation.

Very often, prophetic experiences of this nature highlight personalities we know and recognize as a true prophet to symbolize the Lord’s Voice or the Spirit of Prophecy bringing a timely and relevant message.

When the messenger announced on the earth that the apostolic is coming, it was verified with a Heavenly Voice to accentuate its certainty. In Scripture, when the Holy Spirit descended upon the Lord to take up His residence in Him, a Heavenly Voice was heard affirming this great reality (see Luke 3:22).

Likewise, when the disciples witnessed the Lord’s transfiguration, they also heard the confirming Voice declaring Him to be the Son of God Whose words were eternal. The attesting Voice indicates a truth that is established with certainty to be readily accepted.

True apostolic ministry is coming and the more thorough our understanding of it, the more likely we will be to sustain this awesome ministry without being overcome by the intensity and power of it. Let us pray that we can faithfully administer this notable responsibility with character and integrity.

Saying Only What He Says
The Lord did let none of Samuel’s words fall to ground. What a profound indication of intimacy and fellowship between the Lord and His leadership.

“And Samuel grew, and the LORD was with him, and did let none of his words fall to the ground.”—1 Samuel 3:19

Like Samuel, true Apostles must become so intimate with the Lord that they say nothing in His name but what they receive by revelation of Jesus Christ (see Galatians 1:12). Samuel did not speak in the name of the Lord presumptuously nor carelessly. Therefore, God’s Spirit was able to perfectly support the words he spoke in the Name of the Lord.

“Do you not believe that I am in the Father, and the Father is in Me? The words that I say to you I do not speak on My own initiative, but the Father abiding in Me does His works.”

This apostolic generation can likewise abide in such a place of total surrender to God’s Spirit that He would let none of our words “fall to the ground” because we would not speak in His name unless we first heard from Him. Romans 8:14 declares, “For all who are being led by the Spirit of God, these are sons of God.” The Holy Spirit abiding in us will do the same works through us that He did in the Lord, fulfilling the prophetic promise of John 14:12.

He Did Not Beg His Bread
One of the most notable attributes in Samuel’s life was his determination not to abuse his position and privileges before God and the people. There was not one person in all of Israel who could bear witness against Samuel for pleading for money, possessions or property. Neither did he allow the spirit of this world to affect his ability to judge the people in righteousness and equity. The apostolic leadership soon to emerge should likewise be characterized by humility and genuine love for the people. 1 Samuel 12:2-4 declares:

“I have walked before you from my youth even to this day. Here I am; bear witness against me before the LORD and His anointed. Whose ox have I taken, or whose donkey have I taken, or whom have I defrauded? Whom have I oppressed, or from whose hand have I taken a bribe to blind my eyes with it? I will restore it to you. They said, You have not defrauded us or oppressed us or taken anything from any man’s hand.”

The apostle Paul admonished the Church of Corinth, and the 21st-century Church, to stand in righteousness to judge the affairs of men with wisdom and truth. To do so we must possess the character of Christ reflected in Samuel to be free from the tendency to abuse the anointing and authority of God for unrighteous gain.

Certainly, there is a place for giving and supporting the work of the ministry and sharing in the fruitful labors of the anointing. This is an issue of the heart and like Paul we must pray to be trustworthy stewards of the mysteries, power and provisions of God. The prosperity coming to the Church will be for Kingdom purposes not personal luxury and extravagance. The Apostolic Church in the book of Acts shared all things in common and delegated resources according to need, thus reflecting love and unity.

The Lord’s Spokesmen
Like Samuel, the anointed leadership the Lord desires to bring to His church will stand before Him as His spokesmen, extracting the precious from the profane. To them, the Lord will be as a fortified wall of bronze and though the enemy will contend with them, he will not prevail because the Lord will be present to save and deliver. This will further the restoration promised through the prophet Joel as evidence of God’s manifest presence.

“Moses and Aaron were among His priests, and Samuel was among those who called on His name; they called upon the LORD and He answered them. He spoke to them in the pillar of cloud; they kept His testimonies and the statute that He gave them.”

Samuel’s ministry was established by the Lord’s manifest presence in the order of Moses and Aaron. As priests, they were charged with the role of intercession on behalf of God’s people and instruction in the ways of righteousness. Faithfulness in these areas will begin to lead the Church out of Babylonian confusion and restore her to a place of loyalty and consecration to the Lord. As it has been said, if the Lord can find a people without mixture…He will send the Spirit without measure.

These faithful leaders were transitional men in covenant relationship with the Lord for transitional times and marked a point of demarcation for God’s people. This perfectly illustrates the nature of the Apostolic leadership the Lord will use in this day. These three represent the Priest/Prophet/Judge (Kingly) anointing that will be entrusted to this maturing leadership. To each of these three, God proved Himself in mercy and in judgment.

Priest-Prophet-Judge Anointing
The coming apostolic ministers will be as pillar of cloud by day with prophetic anointing that will function as a pillar of fire by night giving illumination. Each will provide a canopy of protection through the Holy Spirit even as Israel was protected during the judgments of Egypt. The shelter of Goshen will become apparent in the coming season.

The Lord will allow nothing to come upon the earth unless He first reveals His secret counsel to His servants (see Amos 3:7). Moses, Aaron and Samuel each represent types of the coming government. The manner in which the Lord used these men will also portray the coming leadership and God’s dealings with them. He is going to give divinely granted understanding. God’s Word declares that His breath gives understanding and He is going to breathe upon us to give comprehension of these times and the things we must do to walk intimately with Him as His habitation.

Commissioning and Release
Even though Samuel was born through covenant relationship with incredible destiny, he did not experience the supernatural dealings of God until his prophetic commissioning.

“Now Samuel did not yet know the LORD, neither was the word of the LORD yet revealed unto him.”—1 Samuel 3:7

Many of God’s people have experienced introductions into this realm and tasted the fruit of this promise. There may be many others who feel as though they do not qualify for this type leadership because they have not had prophetic or supernatural experiences in their life. However, Scripture make it plain; the Word of the Lord had not appeared to Samuel until a very specific commissioning experience released him into his purpose and calling. Many of today’s “Samuels” are hidden and unfamiliar with the visions and revelations of the Lord. Nonetheless, great and profound expressions of the Spirit are imminently awaiting these leaders once the grooming is complete and the timing appropriate for their full and complete release.

Paul Keith Davis, founder of WhiteDove Ministries, is a well-known author and travels extensively throughout the U.S. and abroad speaking at conferences and churches with a message of preparation and expectancy for the Lord’s empowering presence. Listen to Paul’s It’s Supernatural!  Radio interview with Sid Roth here.

This article reprinted by permission from https://www.elijahlist.com/.